Perhaps best known for their operatic ads, GoCompare was founded in 2006 by Welsh entrepreneur, Hayley Parsons.

Having left school at 16 with five GCSEs, Parsons got a job making tea in an insurance office before moving to Admiral, where she became a salesperson herself. She also helped the company set up Compare.com – but she knew she could do it better.

Parsons launched GoCompare in Newport, Wales in 2006, along with friends from Compare.com. Within eight years, the business had grown to more than 150 staff, and Parsons herself had been awarded an OBE for services to the UK economy.

In the same year, 2014, she sold her own stake in the business, with GoCompare growing up to become the GoCo Group. The group's portfolio of businesses in 2020 now includes GoCompare, weflip, and Look After My Bills, an automated energy savings service.

Why we chose GoCompare as one of the Startups 20

At the time, Startups wrote that ‘The judges were convinced that this business is likely to achieve revenue in the tens of millions of pounds within two years, and were impressed with how much had been achieved with relatively small initial capital’.

Aside from their financial success, GoCompare also went further than most finance businesses to grab the public’s attention and make them consider their insurance needs.

Their opera-singing mascot, Gio Compario, has long been a hallmark of terrestrial television, cementing the GoCompare brand in the minds of several generations of Brits. As David Kolbusz, CCO of Droga5 (who took on the company’s marketing in 2019) put it: “Some people love Gio Compario, some people hate him. But regardless of how you feel about Britain’s most ubiquitous tenor, you never forget him.”

GoCompare is a great example of how being first in the game isn’t always vital, especially if you can go out and do what your competitors do, but better – and more memorably.

Like most other businesses, GoCompare experienced a year of huge change, and has had to adjust to the ‘new normal’.

As an online business, they’ve carried on with minimal impact to their customers, and without changing the service they provide. Indeed, the impact of the pandemic has made GoCompare’s services even more important for consumers, with more people thinking even more about saving money on their bills.

In 2020, GoCompare also launched a new campaign to give away free £250 excess to every customer who buys a qualifying car insurance policy. This campaign means that customers who have to make a claim will be reimbursed up to £250 at settlement – just one sign of a successful business giving back to its customers.

GoCompare launched with a clear focus on insurance products. This hasn’t changed in the last fourteen years, but as part of a wider group, the company now focuses on more areas.

As well as GoCompare, there are now multiple brands in the group sharing the common goal to help people save time and money while getting the coverage they need. This includes Look After My Bills, a leading energy saving service that automatically switches customers to the best deal available to them after 12 months.

With a group structure in place – and a range of big-name brands – GoCompare can share best practice and innovation across its portfolio, striving constantly to improve the service they offer their customers. 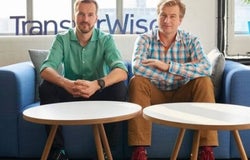