The process of currency hedging is, at its core, fairly simple – though definitions of the practice can often make it appear complicated. Currency hedging is merely a form of insurance policy, a means of protecting your investment from negative shifts in the foreign currency market – known as ‘currency risk’.

Hedging against investment risk involves the use of ‘derivatives’ – financial instruments  which are utilised to counteract the prospect of losing money due to a negative price movement by making one investment to protect another.

The value of a derivative is dependent upon, and is derived from, the value of an underlying asset like a currency.

Why you need a currency hedging strategy

Developing a currency hedging strategy means your company can reduce the risk of losing out when the value of the currency it holds declines relative to other currencies.

Something which should be remembered is that by reducing the risk attached to an investment, you also limit the amount of profit your business is able to make. Currency hedging is more of a risk-management strategy than a profit making one.

Currency hedging has risen to prominence over the last few years due to the global financial crisis of 2008 and the widespread currency market movement it occasioned. With some major currency pairings moving by as much as 10% in a matter of days, businesses needed to take steps to protect their foreign currency exchange requirements, and many engaged in currency hedging with the help of a leading foreign currency broker.

A basic example of currency hedging would involve a company deciding to locate a portion of its operations in a country other than its main export market so that it can hedge against currency risk.

The currency market remains a highly volatile trading platform, with exchange rates experiencing extensive movement as a result of political, social, environmental and economic developments, so hedging is still a very valuable tool for small businesses looking to protect themselves.

To summarise, currency hedging is concerned with reducing/transferring risk and is a strategy which, when used successfully, can safeguard your company’s investments. By utilising the specialist currency-hedging services offered by currency brokers, the odds of seeing positive returns on your transfers are increased. 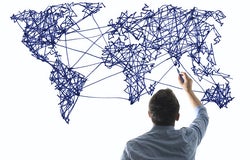 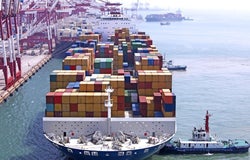 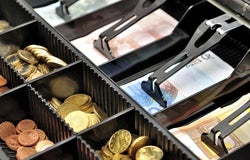 Advice
How do foreign exchange rate fluctuations affect your business?
April 1, 2015
Back to Top
We use cookies. By browsing our site you agree to our use of cookies.