Running for the 11th time, the Startups 100 is an annual campaign designed to find the UK’s most exciting new businesses. Having highlighted a huge number of fast-growing companies in its tenure thus far, this year rings another exciting cohort of successful startups to the fore. In 2019, AI and future tech startups stand out as a significant trend in British business.

With other Startups 100 themes this year including disruptive fintech apps and the rise of health-related technologies, AI and future tech are in good company in the UK business market.

The AI startups and future tech companies this article features are:

The rise of future tech 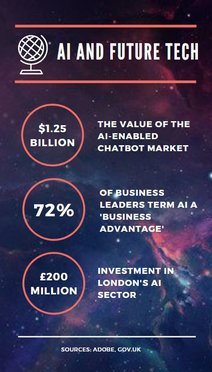 AI startups – considered by many to sit under the umbrella of ‘future tech’ – are at the cutting edge of both the business and technology worlds. Once the stuff of science fiction, AI has in recent years become an industry in itself, with new jobs created every month and new companies emerging at an impressively rapid rate.

Recently, global mega-companies like Google and Microsoft have invested billions of dollars into the technology, vying for control of a market with unlimited potential. Google’s purchase of Deepmind in 2014 was perhaps one of the first major headlines to introduce the general public to the idea of big AI business.

Testament to the growth and acceptance of AI, is the increased acceptance of the functions and products derived from it. The AI-enabled chatbot market, for example, is expected to be valued at $1.25 billion by 2025, with 83% of consumers now saying that they’re happy to shop online with the assistance of chatbots.

AI has fast enabled businesses to make use of advanced technology to improve efficiency and delivery for partners, clients and users alike.

Meet the AI startups making the future a reality

UK technology companies have always performed well, with hubs like London and Cambridge developing new businesses that go on to produce world-class products.

This year, the Startups 100 includes several UK companies that are working in the UK artificial intelligence space…

Scape Technologies placed 66th in the overall ranking but grabbed the judges’ attention to clinch the top spot in the Tech Business category. An ambitious AI business, Scape plans to change how technology sees the world.

Founded in 2016, Scape Technologies uses AI to allow camera devices to recognise their surroundings. At the core of their business is the ‘Vision Engine’, which builds, and then references, 3D maps in the cloud, enabling devices to tap into a unified perception of the world around them, with just a camera.

Looking forward, Scape’s technology can have applications in a range of devices: from self-driving cars and drones, to augmented reality headsets. Underpinning these opportunities is a simple premise: turning cameras from simply tools for taking photos, to devices that ‘see’.

BIOS ranked 96th in the full Startups list and narrowly missed out on winning the Tech Business category, earning a commendation. Using AI to bridge the gap between the human body and technology, BIOS is a truly groundbreaking business.

Using applied materials, machine learning, software engineering, neuroscience, and the experience of surgeons and clinicians, BIOS is a leading neural engineering startup striving to solve a complex problem: how to integrate AI-based treatments into the human body.

In essence, BIOS’s aim is to heal people using advanced technology. Prosthetic limbs are one example of a well-known technology that BIOS seeks to improve.

In the same way that DNA is biology's hard drive, the nervous system is the biological internet. BIOS's mission is to build the tools to understand and communicate with it.

PolyAI is focused on cracking the problem of good, intelligent, and functional AI in customer service.

PolyAI has developed a world-class technology for conversational AI agents – or chatbots, as they are commonly known. Able to understand users and hold conversations without becoming confused, PolyAI’s conversational agents can speak almost any language a business might need.

As many companies have accepted that the future of affordable, efficient customer support lies in AI-enabled automation, PolyAI is tapping into a huge market. With technology designed to streamline the delivery of support teams and contact centres, AI agents can take care of simple issues, deferring to human intervention when a task becomes too complex.

Although AI companies stood out this year, there are other ‘future tech’ businesses that deserve recognition. With the likes of Silicon Valley often in the headlines as leading the way in tech, it can be easy to forget that the UK is also producing cutting-edge tech businesses.

Read on to discover some of the UK’s best and brightest future tech companies. 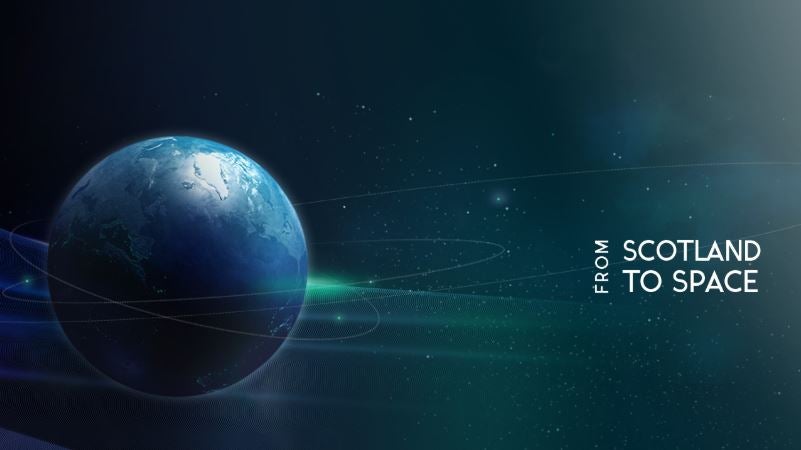 Skyrora ranked 63rd in the full Startups 100 list this year and stands out for good reason.

Based in Scotland, Skyrora aims to support the UK’s plans for space sector growth through the development of an orbital launch vehicle, as well as a number of supply chain innovations. Skyrora’s strategy is to take an incremental, ‘step-by-step’, approach to allow for critical testing and de-risking.

More than just a business for launching vehicles, Skyrora tries to engage with the community as much as possible, and launches vehicles with as small a carbon footprint as possible. With STEM ambassadors going to a plethora of events across the country to encourage young people to consider a career in space, Skyrora is a business trying to bring science, and space, to the masses. 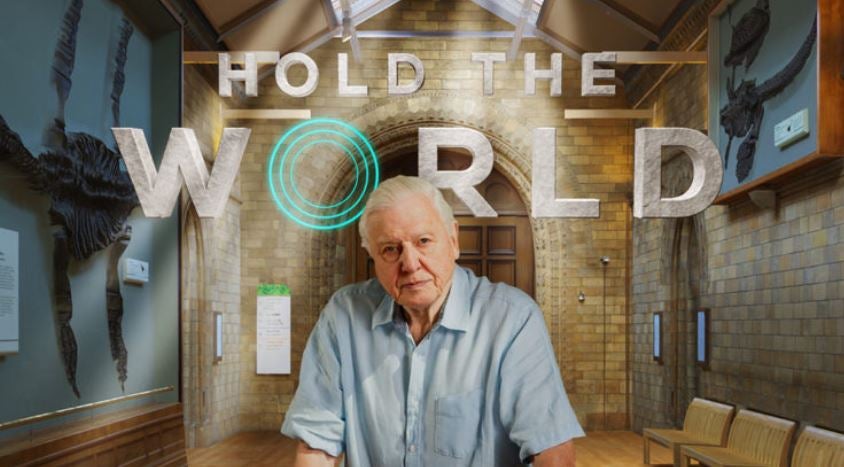 Creatives from all professions, from the arts to neuroscience, come together to imagine immersive new worlds in which to delight their audiences.

Through the fusion of creativity and technology, Factory 42 plunges audiences into sensory worlds of enhanced reality, making their experiences truly immersive. Factory 42 has a number of impressive partners, including Sky, the BBC, several London museums, and have even worked with national treasure Sir David Attenborough.

The future will soon be coming to a screen near you. Watch, or immerse yourself in, this space! 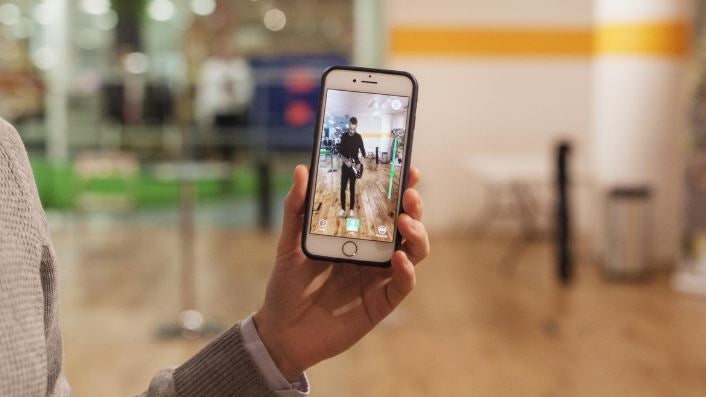 HoloMe, ranked 90th in 2019’s Startups 100, offers an augmented reality platform that is leading the charge in the 3D motion capture market.

HoloMe’s technology is set to revolutionise the world of retail. Imagine walking into a shop and not seeing a mannequin, but instead encountering a hologram showing off this season’s hottest outfit.

Working with companies like H&M and Esquire, HoloMe are making the stuff of science fiction the ‘stuff of your local store.’

HoloMe are the only business able to deploy this form of technology en-masse. And what’s more, they boast a simple and cost-effective method of doing so!

Read our guide on 10 ways to make money from your tech business idea to turn your light bulb moment into a lucrative enterprise.