In the enterprise world, the phrase ‘start a business doing what you’re good at’ is common advice.

While it certainly can help to maximise on your career background when launching a business venture, there are several entrepreneur case studies which prove this advice isn’t strictly true.

In fact, you can start a business in an industry you don’t know anything about and make it a huge success with million-pound revenues, strong profits, a thriving team, global expansion and more.

After all, becoming a successful entrepreneur is more to do with possessing and developing specific skills and traits such as confidence, commitment and emotional resilience than capitalising on your career history.

Don’t believe us? Read on to find out how some of the UK’s most high-profile business men and women made weird career changes to get to where they are today… 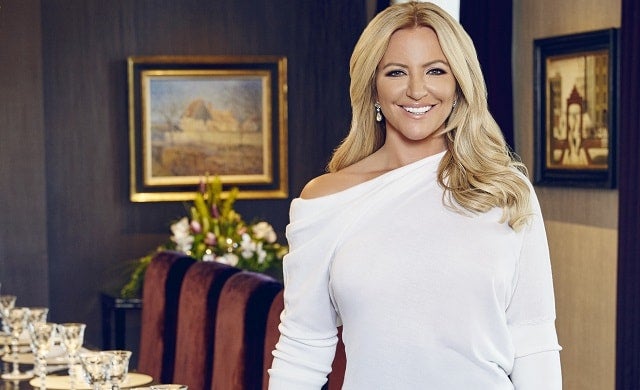 As founder of the Ultimo brand, Baroness Mone is arguably one of the country’s most influential business women and well-known female entrepreneurs, but back in the 1990s her career was a world away from brassieres.

Mone started her career as a marketeer for Canadian beer company Labatt and went on to become head of marketing at the company’s Scotland office.

When Mone was made redundant from Labatt, partly out of necessity and partly out of a desire to create better-fitting bras, she decided to leave the world of breweries behind to launch Ultimo; the lingerie business that Mone would scale to become a company with revenues in excess of £39m.

Fast forward to 2018 – three years after exiting Ultimo –  the millionaire mogul is now board member of tech company Ve Global and has also branched into investing. This month, it was announced that Mone had launched a venture capital fund, Equi, with Douglas Barrowman to invest in UK tech and bio start-ups.

Inspired to make a career change and start a business? Get your idea off the ground and then join thousands of businesses taking card payments with Payzone. Accept card payments face to face, online and over the phone with no set-up or exit fees plus a 12-month contract. 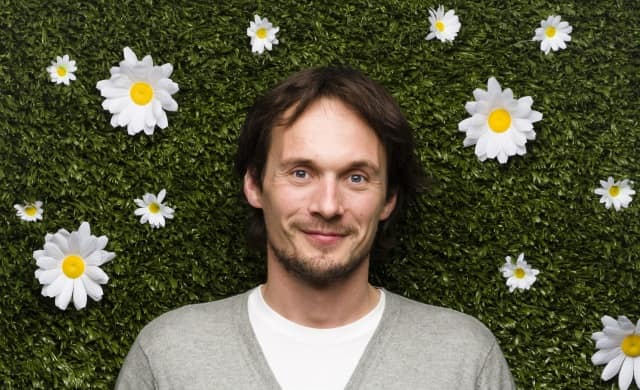 Reed’s multi-million-pound smoothie drinks and ‘juices with the little hats on’ can be found in supermarkets, homes and offices across the country but the Innocent Drinks co-founder had no prior experience in food and drink before he launched a business in it.

A geography graduate from Cambridge University, Reed spent four yours as an advertising agency executive before deciding to launch Innocent with friends Jon Wright and Adam Balon. So why make the move from ads to smoothies?

Reed has admitted that it was a decision that the trio had made for them while running a festival market stall; they asked festival-goers the question; ‘Should we give up our jobs to make these smoothies?’ and had a ‘Yes’ and ‘No’ bin for the empty juice cartons. The rest, as they say, is history…

In 2013, Reed and his Innocent founders sold 90% of their shares to Coca Cola for an estimated £100m and he now invests in fast-growth start-ups via his venture capital fund JamJar Investments. Reed was knighted with a CBE in the Queen’s 2016 birthday honours list. 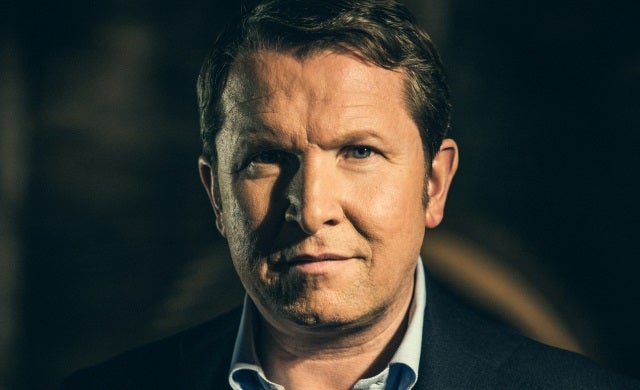 The man who founded Moonpig and whom was responsible for helping create an online greeting card revolution had a very different career before he moved into the e-commerce sphere.

Jenkins spent eight years in Moscow working as a commodities trader for a sugar operation as part of Glencore. He decided to return to the UK after he had a death threat nailed to his door following the arrest of a client who had stolen $10m worth of sugar. Jenkins said of the threat: “The Russians are quite sensible; if they give you a death threat and you take notice of it, you’re not going to get killed.”

On his return to the UK, and away from Russian threats, Jenkins undertook an MBA to hone his business skills and would launch Moonpig – the name of which was inspired by his childhood nickname – in 1999. 12 years later, in 2011, Moonpig was sold to PhotoBox for £120m. 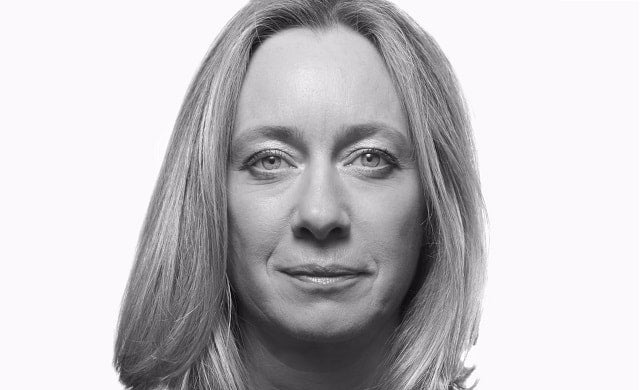 The Mumsnet and Gransnet co-founder made an interesting career choice which would lead her to launch the online community for mums, and later the sister site for nans. Roberts was previously a sports journalist, spending several years covering football and cricket news.

In interviews, Roberts has said that she doesn’t miss her career in sports journalism: “During the football games I covered, I wasn't really viewing and enjoying the spectacle, I was just hoping no one scored last minute and wrecked the intro to the piece I'd already written. It's not the same thing as enjoying the drama of the game as a spectator.”

Since launching Mumsnet in 2010 with co-founder Carrie Longton, Roberts has been named as one of the most powerful women in the UK by Women’s Hour and was appointed a CBE in the 2017 Queen’s birthday honours list for her services to the economy.

Paul Lindley’s organic baby food brand Ella’s Kitchen is beloved by mums and dads across the country yet his past career saw him more focused on what kids were watching, than what they were eating.

Lindley was previously deputy managing director of TV company Nickelodeon – the network behind original series such as SpongeBob Squarepants. After spending nine years at the channel working his way from accounting to deputy MD, Lindley quit and went on to launch the first Ella’s Kitchen range in 2006, named after his daughter.

While his background was in television and not toddler food, Lindley was able to put his connections at the network to good use. He signed an innovative advertising deal with Viacom Brand Solutions agreeing that Ella’s Kitchen would give the media sales house a percentage of its profits in return for advertising its smoothies on its Nickelodeon channel.

Today, Ella’s Kitchen generates revenue in excess of £50m and Lindley has gone on to become a serial entrepreneur. He launched bubble bath brand Paddy’s Bathroom in 2015 (it has since closed), and now runs social enterprise The Key is E. Not content with managing multiple businesses, last year Lindley became a best-selling business author after penning the book Little Wins: The Huge Power of Thinking Like a Toddler. 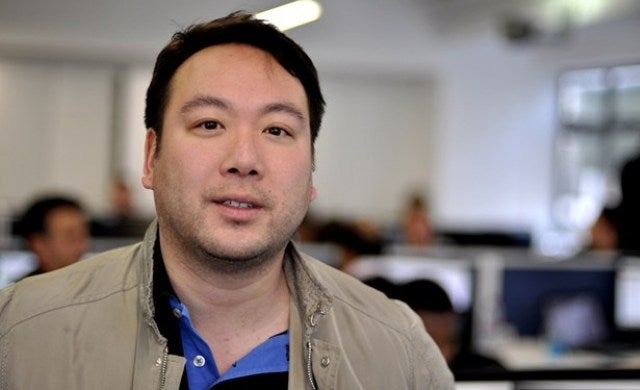 You’d be hard pressed to travel to any major UK city and not spot a Deliveroo driver, yet just five years ago the concept of restaurant-quality meals delivered by couriers with kangaroo-adorned uniforms was merely an idea. An idea possessed by Will Shu.

A former investment banker for Morgan Stanley, Shu would often work 100 hour working weeks and would order take-away most days; facilitated by his company’s $25-a-day food allowance. When Shu was transferred from America to the company’s Canary Wharf office in London, Shu’s penchant for take-away food remained yet he found London’s local take-away options lacking:

“I had to go to Tesco’s every night or Chilli’s and it just became really depressing. I know this isn’t a global issue right; you’re probably thinking ‘Oh, he couldn’t get great food delivered!’ but, when you’re working that hard and you don’t think about anything else, your sense of reality becomes warped and it becomes a huge issue.”

So, with the help of friend – and later co-founder – Greg Orlowski, Shu set about creating a solution and decided to leave the world of banking behind.

Since launching the company in London in February 2013, and spending time as a Deliveroo driver himself, Shu has seen Deliveroo scale to valuations of over $2bn with operations in 35 UK cities and 40 cities internationally

Annabel Karmel is known to most as the go-to expert for children’s nutrition with her eponymous company which spans books, ready meals and snacks, but her early background lay in music.

A talented harpist – she studied music at the Royal College of London – Karmel landed her first job playing at the Savoy Hotel in London and would go on to play music at major venues, yet she opted to leave music behind to pursue authorship.

After losing her first child to a viral infection at just 13 weeks old, Karmel changed direction into the field of nutrition and became cautious around feeding her second child. She set about devising her own recipes and shared these in 1991 in her first book New Complete Baby & Toddler Meal Planner.

Over the past 27 years, Karmel has published a further 36 books on feeding toddlers, babies and families and has a popular range of food products for toddlers which are stocked in top UK supermarkets. 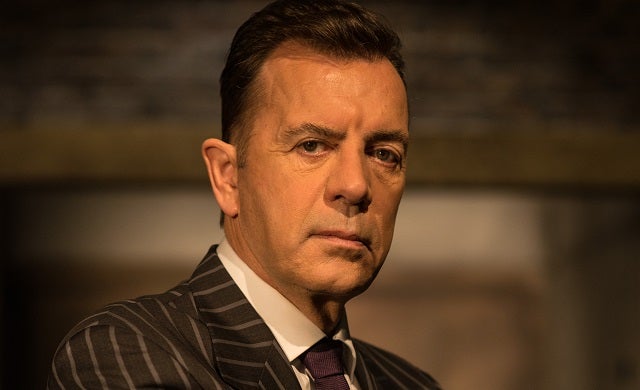 Last, but not least, in our list of business men and women who made weird career changes to get to the top is serial entrepreneur and ex-Dragon Duncan Bannatyne, whose colourful career history proves that you don’t have to have knowledge of business to make a success out of it.

Having joined the Royal Navy in 1964 at the age of 15, Bannatyne spent 12 years as a junior second-class engineering mechanic. After being discharged from the Navy aged 20, he then spent his remaining twenties moving from one job to another; jobs included working as a deckchair attendant, ice cream seller, and a hospital porter. What’s more, Bannaytyne has stated that he didn’t even have a bank account until the age of 30!

With a bank account in tow, Bannatyne bought an ice cream van for £450 and then expanded by buying more ice cream vans, later selling the business for £28,000. He used this money to buy nursing home company Quality Care Homes, which he later sold for a whopping £26m and this pay-out would see him go on to pursue a number of business interests.

Today, Bannatyne – known by many for his role as an angel investor on Dragons’ Den – is a multi-millionaire with ventures in hotels, health clubs, spas, media, TV, stage schools, property and transport.

Inspired to make a career change and start a business? Get your idea off the ground and then join thousands of businesses taking card payments with Payzone. Start accepting card payments face to face, online and over the phone with no set-up or exit fees plus a 12-month contract.