Nick Jenkins read Russian at Birmingham University before spending eight years working as a commodity trader in Moscow for Marc Rich and then Glencore.

In 1998 he returned to the UK and completed an MBA at Cranfield university while developing a number of business ideas. Within a week of graduation Nick started Moonpig.com, an online personalised greeting card retail business. After five years and four rounds of fundraising Moonpig finally made a profit in 2006 and by 2011 had become a household name in the UK with five million customers, helped largely by a catchy/irritating TV jingle.  Nick sold the majority of his shares in 2011 to Photobox and the remainder in 2011 when Photobox was bought by the private equity firms Exponent and Electra.

Since 2011 Nick has been an active angel investor with over twenty investments made in a variety of sectors. It was this experience which led to him being invited to join the panel on BBC2’s Dragon’s Den in 2015.

Nick has been heavily involved in the charity sector since 2011. He became the CEO of ARK from 2011-12 and remained a trustee until 2016. He is a trustee of Operation Fistula and runs his own charitable foundation. He is also a member of the investment committee of Impact Ventures UK, a social impact investment fund which seeks to invest in social enterprises aimed at benefitting the most disadvantaged in the UK. Nick is a patron of Shivia, a charity which aims to improve the livelihoods of the poorest families in West Bengal by teaching them small scale poultry farming skills. 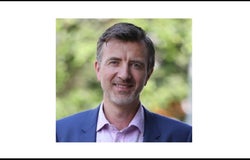 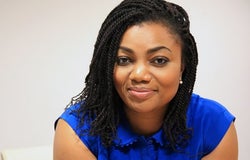