Taking its name from the French trouvaille meaning ‘lucky finds’, Trouva (formerly known as StreetHub) offers a curated marketplace of the UK’s “best” independent shops and boutiques – available to access online and on iOS.

Founded by young entrepreneurs Alex Loizou and Mandeep Singh, Trouva sells everything from homeware to accessories, jewellery, men’s and women’s clothing and even baking essentials, with more than 30,000 products from 150 shops and 16 cities currently featured on the site and hundreds more added daily.

Currently claiming to see astonishing growth rates of 2,000% year-on-year, 2017 looks to be a big year to Trouva with plans for rapid international expansion across Europe.

After an initial launch in Berlin, the company is setting its sights on Stockholm, Paris and eventually Asia and the US.

Why Trouva made our shortlist:

Backed by £2.5m in funding, Trouva is set to achieve its ambition of becoming the destination for the world’s best independent shops and boutiques and is predicting eight-figure revenues for 2017 – one to watch indeed!

Where to find out more about Trouva: 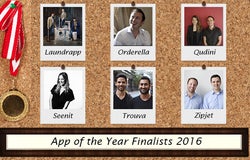 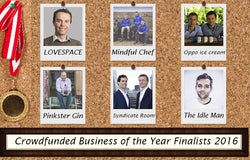 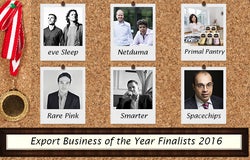