That’s the amount of funding Elvie, the start-up co-founded by our Women in Business winner, has raised. And £7.4m of that figure is comprised of venture capital investment.

Founded in 2013, and launched in 2015, Elvie creates innovative products that address women’s health such as providing a solution to pelvic floor issues and helping women breastfeed their babies using an easier, quicker and more efficient approach.

With backers including Octopus Ventures, NJF Capital, and female-focused VC firm AllBright, the judges were impressed by the credibility and reputation Elvie has built for itself among investors in such a short space of time.

But it’s not surprising that investors want to get behind Elvie as it looks to expand the scope of what smart technology can do for women’s personal health.

As Simon King of Octopus Ventures commented at the time of the start-up’s Series A round: “Elvie is addressing an unrivalled market for women’s personal health and has already established itself as the leader in this category.”

With is Elvie Pump and Elvie Trainer already popular with consumers and industry (the latter has been backed by 1,000 healthcare professionals), Boler and Asseily intend to use their funding to roll-out four new products in the next two years.

The business will be able to add the award to its growing trophy cabinet; already Elvie has won The Europas Award for “Hottest Hardware Startup”, was named one of the 15 start-ups “To Watch” by The Sunday Times and was ranked as the 13th fastest growing business in the UK in 2017 by SyndicateRoom.

Nanny sharing app Koru Kids was awarded the Highly Commended accolade for venture-funded business of the year, while textbook subscription service Perlego was awarded the Commended title by the Startups Awards judges. 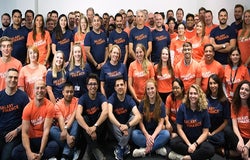 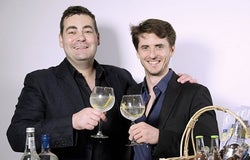 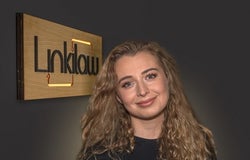 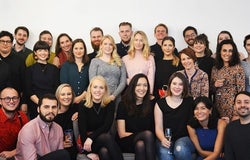