Why have we got a Young Entrepreneur of the Year category?

The face of British enterprise is increasingly getting younger; over 26,000 businesses in the UK are run by entrepreneurs aged 21 and under, and almost a quarter of British students are starting businesses while at university.

In the last year there has also been a dramatic increase in the number of 18-21 year-olds registering as self-employed (up 69%) as more and more young people become unfazed by the prospect of starting a venture on their own after college and university.

Stories of young entrepreneurs succeeding in business are on the rise too, from multi-millionaire teenager Nick D’Aloisio; who sold his app Summly for £19m to Yahoo!, to the success stories of 24 year-old SBTV media mogul Jamal Edwards and 24 year-old YouTube vlogger-turned-entrepreneur Zoe [Zoella] Sugg – now a household name to many.

Thanks to the growing accessibility of media and technology, and more widespread funding and business support, ‘Generation Y' is shifting to become ‘Generation Entrepreneur’ and it’s a trend which we actively look to celebrate in our annual Young Entrepreneur of the Year award.

And it’s not just us. Young entrepreneurs are also a key focus for government and business leaders with a host of schemes now running such as the Duke of York’s iDEA initiative for ambitious 14 to 25 year-olds, the Peter Jones Academy and Talk Talk’s recent “tech leaders of the future” competition.

With more young people going it alone than ever before, we want to give Britain’s enterprising young founders the recognition they deserve and demonstrate how, in business, age is really just a number…

What are we looking for in a great young entrepreneur?

If your business started trading when you were aged 30 or under, and you're running a successful business then this is the award for you.

While we’re not saying you have to be the next Mark Zuckerberg or Richard Branson, we are looking to identify those enterprising individuals who have already achieved a great deal and have the drive and motivation to take their start-up to the next level.

Whatever business you run, as long as it’s UK-based, privately-owned and launched no earlier than August 1 2014 and no later than 31 July 2017, we want to hear from you.

Past winners include James Brown of craft beer club Beer52, the founding trio of peer-to-peer invoice lending service MarketInvoice and the founders of online furniture retailer MADE.com – could you be next to join them?

Why you should enter Young Entrepreneur of the Year

Validation and endorsement from our high-profile judging panel, particularly entrepreneurs who started successful businesses when they were aged under 30, is just one of many benefits to entering this award. Among the judges are Jon Wright, who co-founded Innocent Drinks straight out of university.

Alongside industry recognition and national and local press coverage, winners and finalists will also receive a template press release to maximise media coverage, and a logo to use on marketing content. Winner video interviews will also be displayed on the Startups Awards website.

In addition, you’ll get to network with other successful young entrepreneurs at the prestigious Startups Awards ceremony, which will in turn help drive awareness about your business.

Think you’ve got what it takes to be the Startups Awards 2018 Young Entrepreneur of the Year? Enter here. 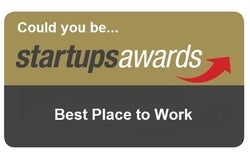 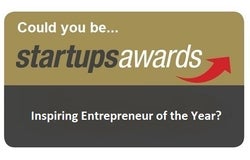