Although we live in a world that is increasingly connected electronically, your company still has need for sending items through the Royal Mail, perhaps even greater need if you are an online retailer.

Whether your company sends fewer than 1,000 letters and parcels per month, or over 1,000 pieces per day, savings can be had by taking advantage of the discounted tariffs Royal Mail gives to companies using franking machines to print postage.

Even greater savings are available to customers who utilise the new Royal Mail Mailmark® rates and accountability options. You might not have decided your company require a franking machine until now, or the machine you have now might not be compatible with the Mailmark® and you’d like one that is.

Franking machines are not one size fits all, so shopping for one is not as simple as it first appears. You’ll want to know what they can do, how fast do they do it and how long can they keep it up. After deciding what you want it to do, you’ll have a better idea of what the correct one for you will cost.

The market tends to separate models into low, mid and high volume machines, and below that is done be equating the volume to the budget.

In this article, you'll find:

Purchasing a franking machine will cost somewhere between a couple hundreds of pounds and a few thousands.

How much you will need to spend depends on a variety of things:

Most newly designed models allow the use of Mailmark. Since Mailmark was only introduced in the last couple of years, if the machine you use is older than that, it will not be so equipped. If you desire the lowest postal rates with the highest tracking and accounting features, you need Mailmark compatibility.

How pieces of mail does your company send? This is the primary factor which separates machines into classes.

A machine designed for low volumes might safely frank up to 100 or 200 pieces per day, though lower volume machines are available since franking will still save costs at that pace.

Mid volume will include companies sending up to about 1,000 letters and parcels per day, whilst high volume is any number above that. The more a machine is expected to frank, the sturdier it’s built and the more it costs.

Speed and volume do not necessarily go hand in hand. Some suppliers provide machines that will tolerate higher volumes for a higher price than the last, without being any quicker at it.

The prime factor for speed at entry level is how long it takes the printer to make the impression on the envelope or tape after inserting by hand. After making the printer reach a certain speed, all that’s left is to add upgrades which are discussed further on.

All come with an integral weighing platform which allows for totalling the postage given the class of mail and the dimensions of the piece as entered by the user.

Expect scales that can weigh up to 5 kg for the cheapest machines which works well for letters and small parcels. Some machines in that class will offer connectivity to larger scales, but generally the higher volume machines include higher capacity scales.

Modern machines allow users to track mail expenses by separating into accounts at the time of franking. Low end machines will have five to 10 accounts with higher end machines including accounts in the hundreds.

Machines with automatic feed start to appear at the beginnings of mid volume range. These may not make the printer any faster, but they make it faster for the users. Sealers save time in preparation and output trays organise things at the end.

How much do franking machines cost?

Entry level franking machines with the lowest speeds and volume capacities, hand fed with dial up connections, should cost less than £1,000 to purchase. Mid-budget choices will be in the £1,500 to £3,000 range with high-budget models commonly going as high as £20,000.

Doing a bit of research turns up suppliers who repeatedly claim that even volumes under 10 letters per day will be cheaper using a franking machine under Mailmark tariffs than with stamps.

A second class letter costing 56p in stamps to send takes only 41p in postage if franked, but the rate drops to 38p under Mailmark pricing: a savings of 18p or more than 32%.

Mailmark only affects letter tariffs, and franking will save postage only for letters and up to a small parcel of 2 kg or lighter. That explains why the common scales for entry level machines handle packets up to about 2.5 kg.

Another advertised benefit of Mailmark service is high level tracking of your mail. The Royal Mail gets a manifest of your mail and tracks it via the barcode printed by your franking machine.

Online reports will give you updates on where your mail is, when it should be delivered and how many pieces have invalid addresses. That helps your company plan for high traffic times in response to customers receiving mailings and save money from returned mail.

The reduced costs when sending medium parcels such as not having to queue up at the post office for stamps, not having to guess at how much postage to use or just by having the machine affix the postage instead of doing so by hand.

Using the accounts feature on a franking machine allows for more accurate tracking of expense through the company. Much simpler than taking notes by hand, categorising at the point of post gives the accountants information to help the company utilise the Royal Mail most efficiently.

The up-front cost of a franking machine is only a bit of the story. It is offset by lower cost and higher efficiencies.

Tailored to allow low volume senders to enjoy the reduced postal tariffs available through franking, machines in this class do not offer ways to save labour, but do allow the additional ability to end the practice of affixing to much or too little postage.

Whilst franking machines have existed for decades, modern ones are computerised and take the guessing out of how much postage a piece should require. That’s why all will have integral weighing platforms and store an updatable copy of the Royal Mail tariffs. The printer and meter are the final bits that make any franking machine. 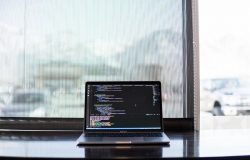 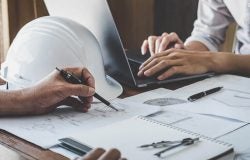