A $100bn industry, three times the size of Hollywood – yet cracking the video games sector can be a tough ask for even the most ambitious start-up.

But for Hertfordshire-based Splendy, winning a competition created by Worth Capital to fund an app business was the springboard that turned the company’s big dreams into a reality.

Admitting that “the gulf between the one-man studio in his bedroom and the million-pound studio is enormous,” co-founder Simon Sparks says the start-up has carved itself such a niche, that it almost has no direct competitors.

A hybrid of a movie and games studio, Splendy creates live action video games using real actors and real footage, something so many of the gaming giants simply don’t do.

“Thousands of games are released weekly but there’s not a lot of video games that use film footage,” remarks Sparks.

Previously working as a hairdresser, Sparks was venturing into the world of TV make-up until a chance meeting with another dad in the playground led to the two becoming business partners.

Watching a video on an iPad, Allan Plenderleith had his lightbulb moment when his daughter tapped an on-screen door in the expectation that it would open, and it was from this that the idea of creating live-action video games was born.

Developing the concept into a mobile app, Plenderleith offered Sparks the chance to be “a zombie for a day”, which triggered their business relationship.

Bootstrapping the business, their first project – a game called The Hunting – was launched with no marketing budget and cost just £300 to make, plus their time.

Realising the potential, but without sufficient finances to develop or market it sufficiently, the duo sought investment and turned their attention to the Big App Fund competition, run by Worth Capital.

Deciding to enter almost on a whim, the pair were equal parts shocked and excited when they were announced as winners. Sparks recalls: “We decided just to enter and see what happens. It was surreal, we thought to ourselves ‘we have to start a business now!’”

Receiving £100,000 plus two years’ worth of mentorship, Sparks says it wasn’t just the increased finance that helped the business dramatically – but Worth Capital’s business acumen.

“One thing Worth Capital are incredibly good at is common sense. They know what I don’t know. They’ve given me nuggets of information that’ll mean I’ll get an extra £50,000 – that’s the kind of value they’ve added.

“We never had a mentor before but we knew we needed guidance. We needed someone to question for us.”

With investment in hand, Sparks and Plenderleith explored avenues previously deemed inaccessible and considered the idea of selling B2B. “It was quite daunting at first, we could spend £70,000 on a demo and it might never make any money!” They also employed producer Michael Richards who Sparks admits “really started pushing us”.

With augmented finances, new staff and some insightful mentoring, Splendy released live-action horror The Bunker to mass critical acclaim. The game has since been nominated for three TIGA Awards including Most Original Game, Best Audio and Game Of The Year.

But for Sparks, one moment above all else sticks out as being the company’s biggest success to date:

“We went to Gamescon, Europe’s biggest game expo, in 2015 – knowing very little, with just one trailer and only one appointment. When showing people the trailer I remember thinking ‘maybe this is interesting to at least one person?’. 12 months later we had our own stand with a playable game. Watching people’s reactions while playing it was incredible. I have to remind myself we actually did that. We said we were going to that, and we did everything to make it possible – bar selling our children!”

Sparks, who says the £100,000 investment lasted 14 months until they needed to raise again, says that while it’s “expensive” giving up equity, the influence of Worth Capital and the added finance has fuelled Splendy’s appetite no end.

“I’ve had to learn a lot about corporate finance but I am way more open now, than I have ever been, because I’m more ambitious”

Believing a turnover target of £500,000 for 2017 “isn’t beyond the realms of possibility”, Sparks says Splendy has a slate of new products in the pipeline and says the start-up is never sort of ideas.

Among the anticipated offerings is Camera 6. Set in a holiday resort, players attempt to track down a serial killer and understand his motive, by analysing ‘film footage’ from the videos and killer alike. It will be released on the PC and available on iOS.

Looking to repeat the success of The Bunker enjoyed on PC and console, Splendy is also releasing an app version of the game in March. Admitting the app market is “beyond saturated”, Sparks’ assessment is testament to the duo’s high ambitions: “When people win, they win big.” And the company is working closely with Apple, ensuring the game makes the most of new features present on the iPhone 7.

Currently focusing on product, Splendy will seek further investment in the new year.

When reflecting on the journey so far, Sparks advises start-ups to chase their dream not just figures – and investment and mentorship can help this dramatically.

“Money and figures are attractive but it’s all about ambition over risk: reduce the risk, increase the ambition.”

Are you seeking investment? Startups.co.uk, with Worth Capital, has launched the Start-Up Series, a year-long competition giving one company the chance to win equity investment of £150,000 every month from a £1.8m SEIS fund.

To find out more visit: www.startups.co.uk/thestartupseries 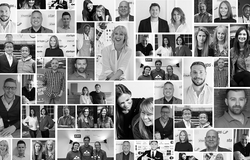 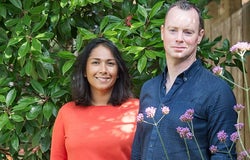 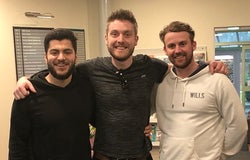