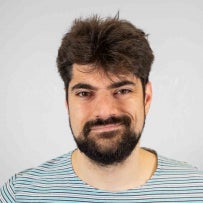 Alec is Startups’ resident expert on mobiles, investment, and politics, and is equally at home analysing political manifestos or discussing the pros and cons of the latest smartphones.

Before joining, he worked in the media for over a decade, conducting media analysis at Kantar Media and YouGov, writing for computer game sites like Gaming Respawn and Gamespew, and working as a content editor for Edit Place, a multilingual content marketing agency. His freelance career has been equally varied, involving everything from analysing the growth of the Australian economy to the rapid rise and fall of the netbook.

All this was prompted by Alec being bitten by the writing bug during his Sociology degree at the University of Manchester. He signed up for the student paper and contributed everything from film reviews to feature articles and news pieces. He followed this up with a masters degree in Film and Screen Studies at Goldsmiths College, where he developed a comprehensive knowledge of film, TV, and computer games.

A new generation is embracing rum, here’s why you should get involved in 2020.…

Whether you’re a perfect potter, a master mason, or wondrous at woodwork, passing on your skills could be a great new business opportunity in 2020.…

The world continues to go podcast crazy, here’s why you should start one in 2020.…

The CBD boom is expected to go from strength to strength in 2020, here's what you need to know.…

General Election 2019: Which party is best for small businesses?

Still don’t know who to vote for? Get the lowdown on how Labour, Conservative, Lib Dem, Brexit Party, and Green Party policies could affect your small business.…

Want to manage your money, invest on the go, and better understand your finances with just your smartphone? Look no further than our selection of the best UK investment apps.…

How to invest money

Whether you want to invest in stocks, shares, gold, or bitcoin, or just want to know how investment works, get started with our comprehensive beginner’s guide.…

bOnline offers low prices, stellar customer service, and a range of speeds. Read on to discover whether it’s the right choice for your business broadband.…

How to choose the right business mobile phone insurance for you

If you run a small business, then a broken mobile phone could not only be annoying, but have a serious impact on your bottom line. Thankfully, Vodafone, EE, and O2 all offer business mobile phone insurance plans that will speedily fix/replace your phone if the worst happens. Take a look at our detailed comparison to discover which plan is right for you.…