If there’s one cliche that summed up 2021, it’s that “unprecedented times call for unprecedented measures” – and it’s an attitude that’s clearly reflected in the hallowed halls of the Bank of England.

As it tries to deal with one of the worst economic crises in living memory, the bank is open to all options at its disposal, including negative interest rates.

This piece will examine how negative interest rates work, and how they could impact your business.

How do interest rates work?

Basically, interest is the cost of borrowing money, and is a key influence on the amount of economic activity in the UK – if the interest rates on credit cards are low, for example, then people are likely to spend more.

However, this needs to be balanced against inflation and deflation.

Low interest rates mean that banks lend more, and so there is more money in the financial system.

However, this also means that the money in the system is worth less than it was before, because the more of something there is, the less valuable it becomes.

Because of this, companies often have to increase prices. Inflation has therefore become linked with either an increase in the amount of money in the system, or an increase in prices.

If interest rates are high, then you get deflation, which is the opposite. If borrowing money is more expensive, then people spend less and save more, which means that money either retains or increases its value. You may also get a fall in prices as companies try to appeal to people who are reluctant to spend.

Generally speaking, you don’t want extremes in either direction, and the UK currently has a target of 2% inflation – this is set by the government, and the Bank of England then does what it can to meet this target.

And this brings us to how interest rates work in practice.

Right now, the UK economy is struggling, so the Bank of England is trying to get it going. To do this, it cut the base rate to 0.1% – the lowest base rate in history.

However, even this major cut is not really having the desired impact – and that’s why negative interest rates are now being considered.

How do negative interest rates work?

If the base rate is negative, then that means banks are essentially being paid a small amount to borrow money from the Bank of England. The theory is that banks would then respond to this by cutting interest rates on credit cards, loans, and mortgages, helping to increase spending and accelerate the UK’s economic recovery.

In reality, the extent to which a negative interest rate actually helps the UK economy depends on how the nation’s banks respond to this situation, and whether UK consumers have an appetite to spend more when many are worried about their jobs and long-term finances – not to mention the health implications of returning to a more normal pre-COVID lifestyle.

Moreover, the banks would argue that a negative base rate harms their profitability. This may therefore lead them to lend less rather than more, as they try to conserve their business margins.

How would negative interest rates affect my savings?

In theory, a negative interest rate could mean that instead of being paid interest on your savings, you would be charged to save money with a bank.

In reality, this won’t happen, with the main reason being banks would worry about losing customers to rivals, or people simply taking all their money out of banks and keeping it in cash at home (either the classic under the mattress scenario or in a safe, for example).

The normal reaction to negative interest rates would be banks cutting savings rates, but given that most savings accounts are already paying only 0.1% interest, it’s hard to see this falling much further.

In Denmark, Jyske Bank did begin charging its largest customers 0.6% on savings. However, as this only affected customers with savings of over 7.5 million Danish Krone (around £922,000), this is unlikely to have had a major impact on the finances of those affected.

Again, let’s start with theory. In theory, a negative interest rate could mean that you’d be paid to take out a loan, rather than having to pay interest on it.

In practice, you probably won’t be too surprised to learn that this is very unlikely.

There are two major reasons for this:

A far more likely outcome would be an increase in business lending and lower rates, but business lending has already been given a major boost through the bounce back and CBILS loan schemes.

So, negative interest rates probably wouldn’t have a significant impact on business lending.

Much of what we said about business loans above also applies to mortgages (not surprising, as a mortgage is just a special type of loan).

So, if the banks wanted to, they could indeed pay you to take out a mortgage if negative interest rates were introduced.

In the real world, this is very unlikely, as banks seek to preserve their profit margins in difficult circumstances.

There is at least one notable example of a bank actually offering a negative interest rate, with Denmark’s Jyske Bank introducing a -0.5% 10-year mortgage in August 2019. However, a) these loans weren’t intended for house purchases, and b) the fees charged meant that borrowers could end up paying the bank more than they received in the interest paid to them.

Like business loans, most residential mortgages are repaid at a fixed rate, so negative interest rates would have little direct impact here.

For commercial mortgages, the picture is a little more complicated. The majority of commercial mortgages are repaid at a variable rate that is set at a certain percentage above the base rate, or LIBOR (the interest rate that defines how much banks charge to lend each other money). However, as we discussed above, even variable rate mortgages have a set minimum interest rate that repayments won’t fall below, and this rate is always above 0%. So, unfortunately, you still won’t be paid every time you make a repayment.

What negative interest rates probably will mean is an increase in the amount of mortgages available on the market, and a possible cut in the rates charged on those mortgages. However, whether this would actually benefit the economy is debatable – how many people and businesses are really in the position where they can afford to take out a hefty mortgage in such uncertain circumstances?

There are two things that are really important to remember when thinking about negative interest rates.

Firstly, there’s no reason to think that they will be introduced in the UK. They’re just one of the options being considered, and there’s lots of debate as to whether negative rates actually work.

The other is that they only directly impact banks, and it’s then up to the banks how much they pass that impact on.

In practice, some of the bolder potential impacts of negative interest rates – like banks charging people to save money, or paying people to take out loans – are extremely unlikely. Banks are too scared of losing customers to charge interest on savings, and their profit margins and loan terms and conditions mean that they won’t start paying interest on loans either.

The far more likely outcome would be an increase in the amount of loans/mortgages available, and a potential cut in the interest charged on new loans. Even this is far from certain though, with banks also facing difficult economic circumstances.

So, in short, UK negative interest rates probably won’t be introduced – and even if they were, they would probably have a fairly limited impact on your business. 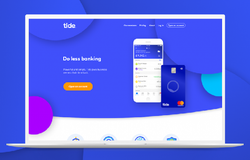 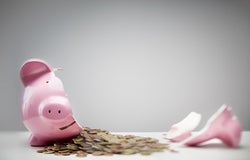 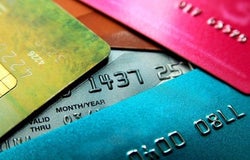