“You’re joking – not another one!”

You’d be forgiven for sympathising with Brenda from Bristol – and her rant that quickly went viral – as two years after the last general election, we go again on the 12th of December. Another set of election manifestos has been unveiled, but two years hasn’t changed the existentialist backdrop – this is, the media scream, ‘the Brexit election’ (ignoring the fact that the last election was also ‘the Brexit election’).

However, as a small business owner, you can’t afford to be complacent – the result of the election is likely to have a significant impact on both your life and the fortunes of your enterprise.

Thankfully, help is at hand. We’re here to break down the Conservative, Labour, Liberal Democrat, Brexit Party, and Green Party election manifestos, to show how each might affect your small business. We’ve also gathered insight from some superb small business minds and fellow small business owners, who offer their own perspectives on how the parties’ different policies might impact small businesses. 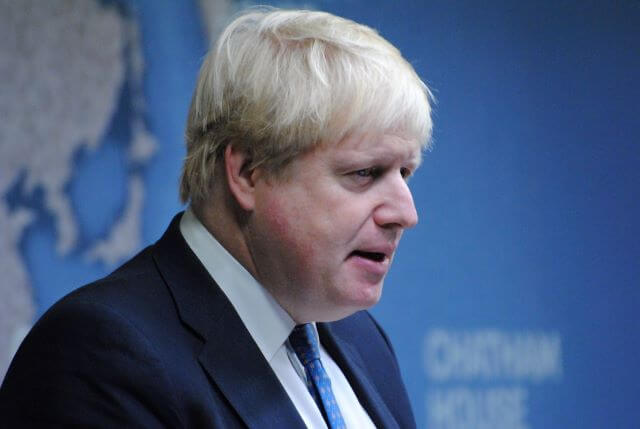 Under Boris Johnson, the Conservative Party is promising to “get Brexit done”. What this actually means is to rush Boris’s Brexit deal through parliament, and then leave the EU in January. The plan then is to negotiate a trade agreement with the other EU countries in 2020, with a deadline of the end of 2020 for that agreement. This still makes a no-deal Brexit a very real possibility under a Conservative government.

The manifesto is rather big on promises, but rather light on detail. Indeed, the politically independent Institute for Fiscal Studies noted that “as a blueprint for five years in government, the [manifesto’s] lack of significant policy action is remarkable”, suggesting that – aside from minor tinkering – it’s going to be broadly business as usual in key policy areas. A promise to not raise income tax, VAT, or national insurance accompanies the Conservatives’ rather modest spending plans, as does a commitment to raise the national insurance threshold to £9,500 from 2020. 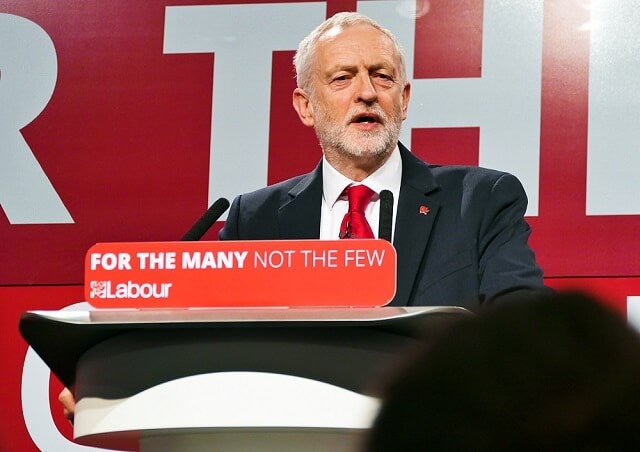 If elected, Labour have promised to negotiate a new deal with the EU within three months –  one that prioritises a UK-wide customs union, close alignment with the single market, and protection of workers’ rights. They would then put that deal to a second referendum to decide, once and for all, whether the UK wants to leave or remain in the EU.

The popular view of Labour’s manifesto is clear – nationalisation, nationalisation, nationalisation. Labour’s plans to take the Royal Mail, rail-operating companies, energy supply networks, and water and sewerage companies into public ownership is undoubtedly its most eye-catching policy, alongside a bold pledge to provide free broadband across the whole of the UK by part-nationalising BT. By UK standards, almost all of Labour’s policies are radical – the party is setting out a bold new vision for the country that includes scrapping tuition fees, introducing collective bargaining, creating one million green jobs, and massively increasing state spending, to leave a country that’s much more in line with central European powerhouses like Germany and France.

The really controversial bit, though, is how to pay for it all. Labour’s claim that 95% of the population would not see an increase in their tax bill has been dismissed as “not credible” by the politically independent Institute for Fiscal Studies, while Labour has already stated it will increase taxes on businesses and bring capital gains tax in line with income tax. 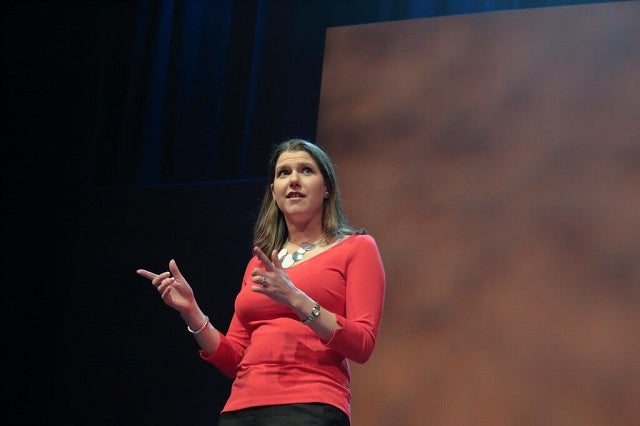 It’s fair to say that the Lib Dems are not exactly subtle about their Brexit policy – ‘Stop Brexit’ is emblazoned on the front cover of their manifesto, and echoed on almost every page.

For the avoidance of doubt, if elected, the party would revoke Article 50 and the UK would then stay in the EU. Their argument is that winning a majority in a general election would give them the mandate to do this, but it would still be a hugely controversial move. In other circumstances – if the Lib Dems held the balance of power in a hung parliament, for example – they would support a second Brexit referendum.

Beyond their Brexit stance, the Lib Dems position themselves in the middle ground between Conservative pragmatism and Labour radicalism. The same goes for spending – with the aid of a £50bn ‘remain bonus’, the plan is to spend much more than the Tories, but a little less than Labour. That £50bn has been given cautious approval by the politically independent Institute for Fiscal Studies, who said that, over five years, the figure was “within the range of plausible estimates for the extent of that additional revenue.” On top of this, a Liberal Democrat government would raise income tax by 1p, and increase corporation and capital gains tax to invest in infrastructure and public services.

The most eye-catching policy is arguably to provide universal free childcare for all children aged 2-4. This would equate to 35 free hours a week for each child, 48 weeks a year, and would quadruple current spending levels in this area. Other highlights include generating 80% of electricity from renewables by 2030, recruiting 20,000 new teachers, and legalising cannabis. Ultimately, what is being presented is a left-wing interpretation of free market capitalism; one with higher social spending, but one that believes that – with the right regulation – British society does not require a fundamental rethink. 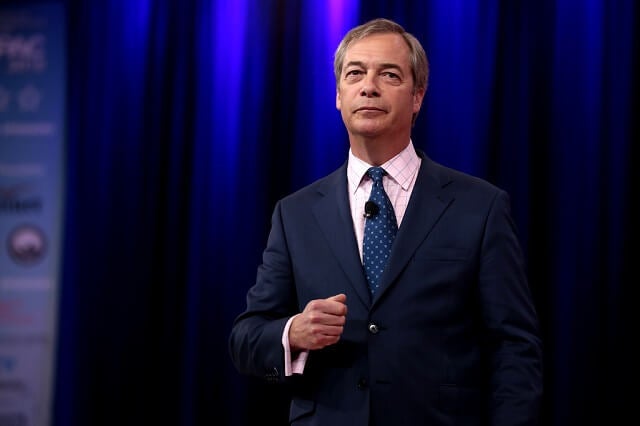 Shockingly, the Brexit Party is rather keen on Brexit, specifically the immediate no-deal variety (which it calls a “clean-break Brexit”). They argue this would produce a £13bn a year “Brexit dividend” for investment across the UK, but the politically independent Office for Budget Responsibility believes a no-deal Brexit would plunge the UK into recession.

Arguing that manifesto is “one of the least trusted words in the English language,” the Brexit Party instead published a ‘contract’ that can be signed online. What it contains is a curious mix of right-wing policies – like tax cuts, cracking down on illegal immigration, increasing police numbers. and focussing on violent crime, robbery and burglary – and left-wing promises to axe all interest on student loans and plant millions of trees to attempt to counter climate change. 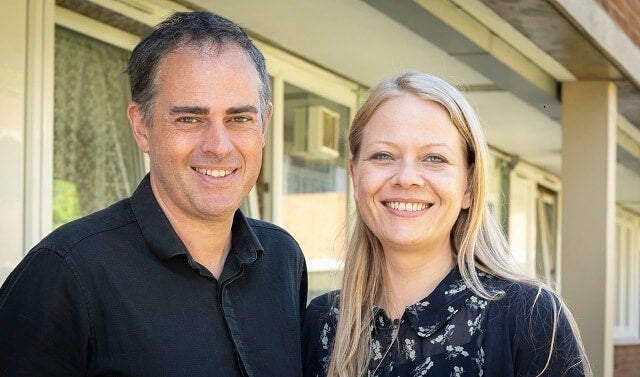 Like the Labour Party, the Green Party has committed to a second referendum on Brexit, with the party unequivocally campaigning to remain in the EU. It also wants to extend voting rights to 16- and 17-year-olds, which could have a significant impact on the result of such a referendum.

Unsurprisingly, protecting the environment looms large in the Green Party’s election manifesto. The flagship policy is to borrow £100bn a year to invest in eco-friendly infrastructure, in order to cut net carbon emissions to zero by 2030. By the same year, the Greens want to insulate every home in the UK, and ban the sale of new petrol or diesel cars. Another ambitious target is to plant 700m trees to capture CO2 and counter climate change. Other policies firmly situate the party on the left of the political spectrum, including decriminalising drug use, abolishing tuition fees (and writing off student debt), increasing overseas aid, scrapping the Trident nuclear deterrent programme, ending the sale of council houses, and abandoning minimum income rules for visas to encourage immigration.

In a rush? Here’s a quick, no-frills guide to what the parties have promised, covering Brexit, flagship policies, and what might impact your small business:

Now you know how the policies of the different parties could affect your small business, don’t forget to vote on December 12 and help to decide the future of the UK.

Blog
Parenting, the pandemic, and starting a small business: What’s it really like?
August 7, 2020

Blog
Pavement licence: what is it and how can you apply for one?
August 4, 2020

Blog
The government obesity plan: What does it mean for your business?
July 28, 2020

Blog
What the government might do about the looming SME debt crisis
July 28, 2020
Back to Top