One of the best supported teams in the UK, it’s fair to say Tottenham Hotspur’s on-field success has been inconsistent over the past two decades but times, as they say, are changing.

With an ambitious manager, a hungry squad, and a wealth of young English talent, many Tottenham fans believe they are witnessing the most promising Spurs squad for many a season – and that the best is only yet to come.

At the centre of this new-found optimism and drive is the club’s ambitious expansion plans. Having played at the 36,000 capacity White Hart Lane since 1899, the lilywhites will move into a new 61,000 stadium, on the same patch, in August 2018.

With an increased capacity for football, the added option of hosting between 45,000-60,000 for music concerts, and confirmation that at least two NFL games will be played there every year, for the next 10 years, the local area is expected to receive unprecedented footfall in the coming decade.

When complete, it’s estimated that the development will support around 3,500 jobs, pumping £293m into the local economy annually – an increase of 1,700 new jobs and £166m in local spend.

While the giant cranes and bare steel structures inside the walls of the stadium development – currently called the Northumberland Development Project – represent a bright future, the high street and surrounding areas of Tottenham convey a very different message.

Indeed, although Spurs are enjoying their best form on the pitch for more than a generation, the contrast between Tottenham, the team, and Tottenham, the place, is well acknowledged.

“This is Tottenham. We’ve had two riots in the last 30 years. It’s the fifth most deprived ward in the UK. 76% of the inhabitants in Northumberland Park ward, on our doorstep, claim social benefits. It is an area that has a historical backlog of underinvestment” reveals Donna-Maria Cullen, Tottenham Hotspur’s executive director.

Having worked with the club for over 25 years, Cullen is also trustee of the club’s charitable organisation, the Tottenham Hotspur Foundation, and describes the surrounding area as “a wake-up call for local, regional and national government.” 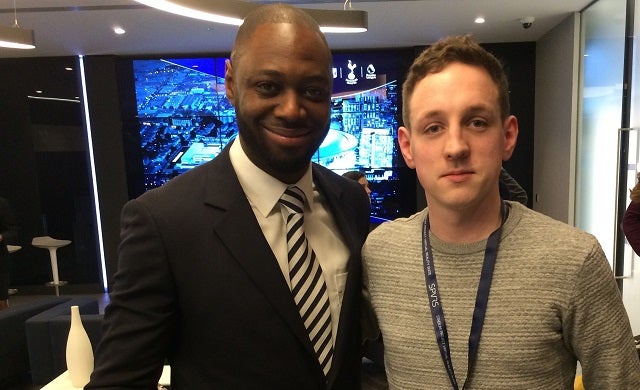 Keen to see the new ground become a “stadium for everyone”, Cullen wants the opening of the stadium to have a ripple effect for the local area, not only creating jobs and new venues for local residents to work and stay, but to also encourage match-going tourists to stay for longer than the 90-minute match time.

With 90% of all fans who attend the NFL in Wembley and Twickenham coming from outside London, opportunities exist for businesses, particularly those based in the Tottenham vicinity, provided they can keep match-goers in the area.

Small businesses and start-ups will also have a chance sell their produce inside the ground and Cullen asserts that when Spurs contract for the stadium the focus will sit firmly on embracing “the local heroes”.

In a bid to attract tourists and Londoners to the area, the stadium is set to host community events, activities run by the Tottenham Foundation, and markets and pop-up stalls.

This news will also certainly be of interest to local street food venders who dream of selling pre-match grub inside the ground, or even brewers looking to sell craft beer while the market is ripe – though provisional plans are in place for a micro-brewery within the stadium. 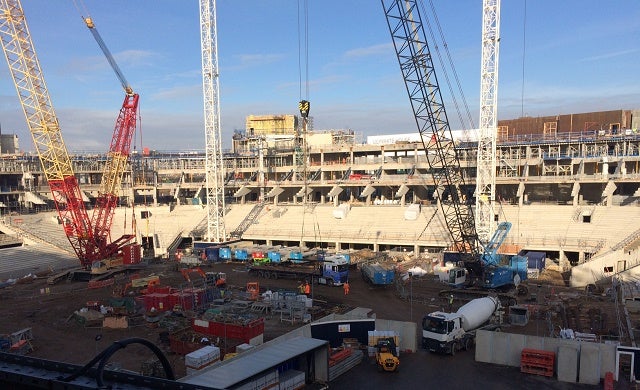 “In terms of the dining options, we are looking at a lot more, of what we call ‘local heroes’. It’s working with local companies, that produce local products, that we know our fans will enjoy”, suggests Spurs’ director of hospitality, Andy O’ Sullivan.

With construction of the new stadium forcing White Hart Lane to be demolished in the near future, local businesses have a borne the brunt of the bulldozer with many having to ‘up sticks’ in 2009 when initial planning began.

“We’ve relocated 71 businesses, we only had one outstanding business, the other 70 were concluded successfully and happily. They either stayed in the area, have capitalised on the purchase price, or have relocated to other areas because of family reasons.” Cullen remarks.

As for the ripple effect that Spurs is hoping for in the local area? Cullen says the new development already beginning to stir up entrepreneurial spirit: “This area is starting to move, and we’re now starting to see entrepreneurs come up with new drinks, coffee shop pop-ups, local cheeses…”

Much like Spurs’ on-field chances of success, we’ll have to wait and see.

To learn more about some of the stadium experiences at Tottenham's new ground, click here.