Look in any dictionary and the definition of leadership remains constant: it is the ability to influence and guide followers or other members of an organisation.

But over the past few months, Boris Johnson seems to have had exclusive access to a brand-new Etonian dictionary – one which defines leadership in very different terms.

Love him or hate him, Johnson’s management style is undeniably erratic. This week, a number of recent high-profile controversies around the PM’s questionable decisions culminated in the resignations of two major cabinet ministers: Rishi Sunak and Sajid Javid.

Business owners know the importance of good leadership in satisfying your audience, stakeholders, and employees.

Below, we’ve compiled a list of seven tips for developing a fair and respectful directorship from the man who is (currently) still head of the country. 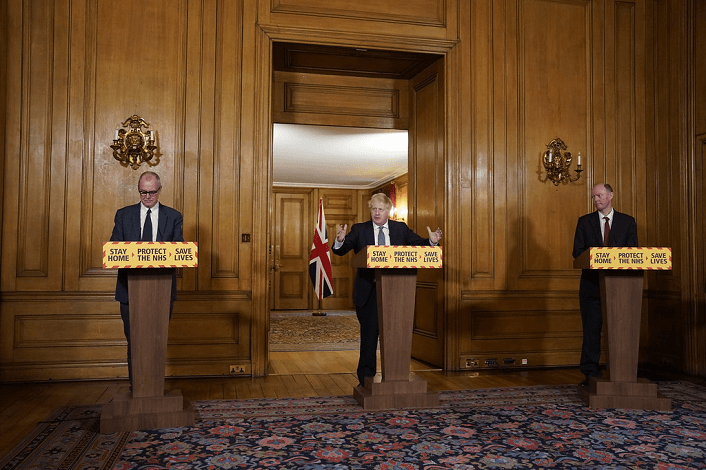 During one memorable briefing, Johnson contradicted Whitty by insisting that Christmas parties could still go ahead – weeks before the new Omicron variant sent the country into yet another lockdown.

Your staff were chosen for a reason. If your accountant expresses concern about your revenue forecast, listen to them. If the chief medical officer tells you not to shake hands with COVID patients, listen to them.

Boris Johnson’s woes really began with his defence of Owen Paterson after the latter was found to have broken lobbying rules.

Having not learned his lesson, Johnson has since found himself in hot water for defending Chris Pincher, who allegedly assaulted two men at a Tory private members’ club in London.

What made the situation worse for Johnson is that Paterson and Pincher were already known offenders.

Failing to do so means you won’t spot inconsistent or adverse information, and will likely hire untrustworthy staff members that could cause issues in the workforce.

3. Disclose all conflicts of interest

In June, Downing Street was forced to admit to holding talks with The Times before it reported that Boris Johnson tried to appoint his now wife, Carrie Symonds, to a government role when he was Foreign Secretary.

You must disclose a potential conflict of interest – a vested influence that influences your duties and decisions – to shareholders to ensure you do not erode their trust. Failure to do so can hurt your firm reputationally and financially. In some cases, it can even break the law.

This policy extends to your employees. Ensure you provide an appropriate level of training for workers to understand and recognise what counts as a conflict of interest. 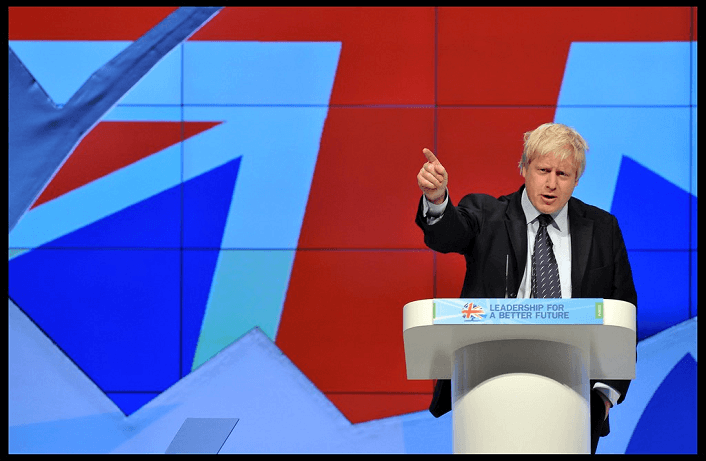 After each of the government’s PR disasters, a familiar routine occurs. Apologies are made, excuses are formulated, and alibis are given. But not by Johnson himself.

Instead, BBC Breakfast is faced with a roll-out of low-end – even junior – ministers to take the fall for whatever allegations the prime minister is facing.

Allowing your staff to take the blame for your transgressions will demotivate them to move forward from a crisis. If you are in charge of a business then you need to accept responsibility for whatever customer or user complaints the brand faces.

Few political scandals have rocked the Conservative party more than Partygate – the revelation that Downing Street held numerous gatherings when their own COVID-19 restrictions prohibited such events.

The issue with Partygate can be summed up in three simple words: lead by example.

If you are instructing your employees to act one way, but then flagrantly break these rules yourself, your hypocrisy will win you favours with precisely no-one.

Remember that you will guide people more with your behaviour than your words. Nothing says ‘I don’t believe in my own leadership’ than ignoring the laws you laid out.

Given the number of reversals that Boris Johnson has completed during his time in office, we’re starting to wonder if he’s confused running the country for playing a game of Grand Theft Auto.

NHS staff would be forced to take the COVID-19 vaccine, then the policy was gone. Next there were no parties, then there were some.

The stakes are high in business. Every decision involves people, money, and risk. Leaders who, when given a problem to solve, spend too long deliberating or searching for a shortcut, will almost certainly make the situation worse.

When confronted with a difficult question, try to be decisive and firm in your answer to avoid confusing your messaging and appearing untrustworthy.

This doesn’t mean you can’t reconsider a company policy if new information arises. But if you’re repeatedly chopping and changing, it might be time to reevaluate your decision-making style.

7. Don’t cast yourself in the starring role

Ego is a bad manager’s best friend. Boris Johnson’s desire to be cast as the hero during times of national emergency – such as the cost of living crisis and COVID-19 pandemic – has, at times, endangered the public.

For example, when he was late to introduce a national lockdown during the pandemic because he knew it would be an unpopular announcement.

Investors, talent, and board members are buying into your business idea so don’t confuse being a CEO for being the main attraction. Your key priority should always be about improving your business’ brand, not your own.