Rents in “trendy” East London boroughs are now overtaking or matching those of traditionally desirable West London areas such as Richmond upon Thames and Wandsworth, according to new data released today.

Rising “property hotspot” Hackney now has similar rental values to its West London counterparts with average rents now £2,125 per month; a 9.15% increase on last year, overtaking typical rents of Richmond and Wandsworth which are currently £2,195 and £2,105 per month respectively.

The data, published by Move with Us rental index, also revealed a significant 8% rent rise in the borough of Tower Hamlets over the past 12 months with average rents now at £2,208 per month.

Robin King, Move with Us director, discussed the findings:

“There has been a reversal of fortunes in London with new trendy neighbourhoods in the East becoming the new popular places to rent in the Capital.

“New developments, property conversions, shops and a dynamic art scene together with their proximity to commuter destinations of the City and Canary Wharf have put these neighborhoods on the map as some of the most appealing places to live in London.”

“We expect rents in the East of London to continue catching up with the boroughs in the West which have been conventionally popular with families as more and more people shift to the up and coming areas of Tower Hamlets and the ultra-trendy Hackney.” 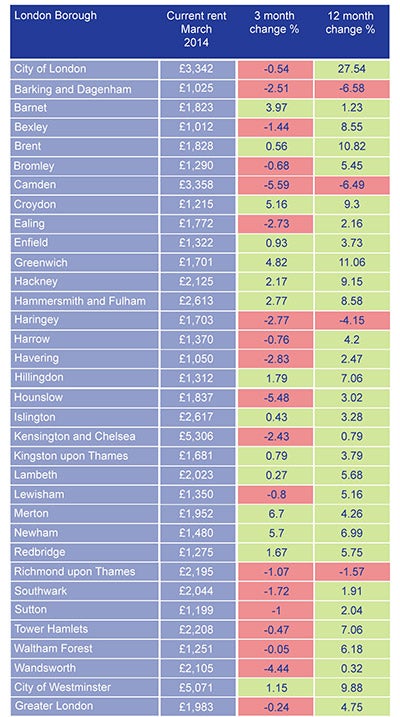