Founder Joni Farthing came up with the concept for Women Outside the Box after experiencing difficulties finding another woman to set up in business with – she realised the stereotype of ‘three guys starting a global brand over a pint’ just didn’t ring true for women. After getting 100 women to a networking breakfast on International Women’s Day in March, Farthing saw the scalability of such an offering and Women Outside the Box’s inaugural festival, held in Bristol last year, attracted more than 1,000 aspiring female entrepreneurs from the area. The young business is currently attempting to raise a round of investment on crowdfunding site Seedrs to hire additional staff and Farthing hopes to launch the festival in other regions of the UK over the next year. 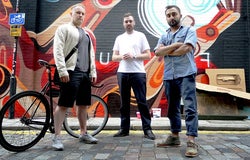