After co-founding and running a software and e-commerce business for seven years, Cruickshank joined Zipcar in 2011 as European operations director, leading the wide scale launch of the company in major cities across the continent.

With Gousto claiming to have achieved 1000% growth in the last year, Cruickshank will be tasked with using his experience to deal with the kind of structural challenges that rapid growth can bring, implementing robust systems and processes to maximise profit.

After an initially unsuccessful appearance on Dragons’ Den, the pair went on to raise £500,000 from a group of food industry veterans and subsequently raised $10m from venture capital funds and angel investors including MMC Ventures and the Angel CoFund.

Gousto CEO, Schmidt, said of the hire: “We met in Cambridge, sharing a passion for cooking and entrepreneurship, and discussing all kinds of challenges after class.

“Cruickshank is full of fantastic ideas about how to keep momentum and really think big, and I couldn’t think of a better executive to join our leadership team, taking on the many challenges the rapid growth brings with it. What makes Gousto so successful is the amazing amount of talent we have, and hiring Cruickshank gets us one big step closer to achieving our mission.” 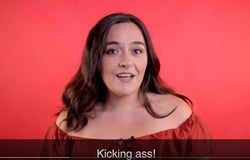