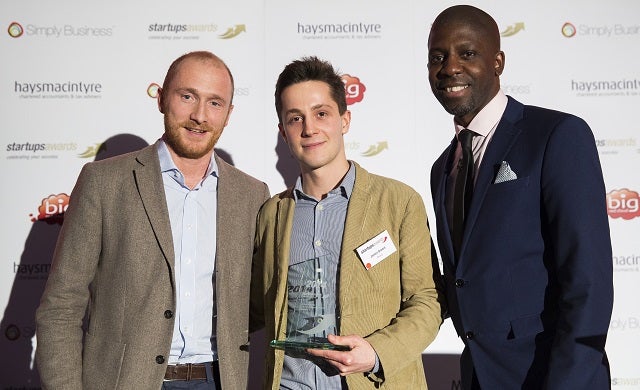 The look on Beer52 founder James Brown’s face upon winning the Simply Business Startups Business of the Year was a picture. A humble but highly impressive Edinburgh-based entrepreneur, winning the overall title – the champion of champions – clearly came as a shock.

But for anyone who has taken a close look at the craft beer subscription service’s business model and success-to-date the win was very well-earned.

First year sales in excess of £1m and very nicely profitable, with expectations of more than doubling revenue in year two, Beer52 is a business on the rise.

There are more than 1,300 microbreweries in the UK alone with 12,000 worldwide. Like the best parties, there’s no danger of the beer running out either, with each microbrewery typically producing four beers in their range. And Beer52 only features a fraction of them.

Thousands of beer lovers pay £24 per month for a variety of microbrewery ales, with the fledgling independent brands recognising the marketing benefits of Beer52’s distribution model and returning for more.

Smart, slickly branded, and with a band of advisers that include SuperJam entrepreneur Fraser Doherty, the Naked Wines co-founder Ben Hopkins, the CEO of Harviestoun Brewery, and the head of analytics at eBay, there’s every reason to be excited. James Brown may share his name with the legendary soul singer, but he’s rapidly making a name for himself. Cheers!