Pobble, formerly known as LendMeYourLiteracy, beat 49 other impressive start-ups to win last year's People's Champion award. It wasn't entirely surprising that our readers chose this education-focused company as their winner: it's mission to improve children's literacy around the world is certainly a worthy one.

After starting as an idea in the classroom when the founding team (all teachers) introduced the collaborative writing site to their students, it later evolved into a company as the aspiring entrepreneurs wanted to take their mission global.

At the time of winning the title of People’s Champion, the business comprised of a free website that generated revenue through school partnerships and by selling an online portfolio product to institutions. It was growing at an impressive rate, with users doubling every quarter and a successful crowdfunding round in tow – which saw the firm overfund and raise £170,000 in 20 days on Crowdcube.

Since then the start-up's growth has exploded, it has witnessed a 250% customer and 275% revenue growth rate, and – maybe most importantly for a start-up launched with literary dreams – has shared over 40,000 students' writing in 10 different countries around the world.

Here, co-founder Jon Smith talks us through their fast-paced growth, international expansion, ambitious partnerships and organising the highest lesson in the world…

What’s happened in the last year since you entered the Startups Awards?

We have grown an incredible amount. In January 2014 we took on our first employee and now we have built a rockstar team of 20 people (including the four founders) and each is a real specialist in their area.

We grew our customer base by over 250% last year, and added thousands of users (we're now at 25,000+). We also increased revenue by 275% and broke even after our first funding round last autumn. We now have a paying school customer in 10 different countries, and even had the horror of flying to the Seychelles for a week to deliver writing workshops to a paying school there! We have now shared the writing over 40,000 children.

We've also won a variety of awards, including the European Business Plan Competition 2015 in Rotterdam, startups 100 and we won Crowdcube's best service company and people’s choice award (our crowdcube pitch got more hits than any other pitch received in 2014).

We ran a competition in Dubai schools to win a place on a writing workshop. 30% of Dubai’s private schools entered the competition and each had their own mini writing competition to put forward their best entries. In April, we selected the 36 best young writers and took them and their teachers to the top of the Burj Khalifa (the highest lesson ever delivered in the world). The writing produced was of an incredibly high standard and we were featured in national newspapers. We now hope to run this type of competition in other cities around the world, with towers like the Shard participating.

We launched our ‘Literacy through Sport' programme and have delivered Pobble writing days at Middlesbrough Football Club, St. James Park, Headingly and Hotel Football next to Old Trafford. This programme helps to inspire reluctant writers who have an interest in sport and has proved to be incredibly popular. And we did a competition alongside Penguin which culminated in BJ Novak reading out the winner’s story on video.

Finally we rebranded the company to allow us to launch the brand globally – and we are launching a new version of the platform in September that will be more professional and user friendly (and the new brand of course).

Proving our business model. So many people loved our concept and what it meant for children, but they were sceptical as to whether we could create a sustainable business from it.

By reaching breakeven so soon after taking on our funding and hiring more teachers, we proved that we could build a great business in education and also make a fantastic impact! Being able to demonstrate traction and seeing such exciting growth gives us real confidence for the future. Oh, and we’re also having a lot of fun!

We are about to launch our new platform, so this is a really exciting time for us. We have invested heavily in ensuring that this will be something that really blows our users away, a properly UX designed platform for education. We can't wait to launch and then iterate the product so it really addresses the needs that our customers are telling us about.

We're also looking at a couple of very exciting partnerships which will help us to scale our growth really quickly. They will also help us access global markets and spread our impact even further.

I loved the exposure that winning a Startups Award gave us. When you’re striving away as an entrepreneur, you have to have such faith in your belief that what you are trying to do will be successful. A national award like this is such a great way to show that others agree with you and that you are on the right track. We had explosive growth last year, and I am sure that a lot of this came from the type of PR that was generated around the awards. They help you to make connections and to establish yourself as a name that people should take notice of.

Additionally, winning awards like this are a massive boost for the team. They give you a cause to celebrate and take a moment’s rest to celebrate success. This is so easy to overlook when you're knee deep in all the challenges that a start-up throws up – but it’s so important. I always make a point of ensuring the team know that these awards are won by them and I think that it is really important.

Awards are just one way to celebrate all that’s great about entrepreneurship, the community, the positivity and also those little wins that ultimately feed your hunger to continue and strive to follow your dreams. Personally, I see them as a little light relief from the stresses of a start-up – and when you win one, it feels like some of that incredibly hard work had paid off! 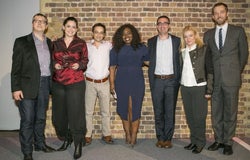 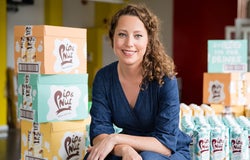