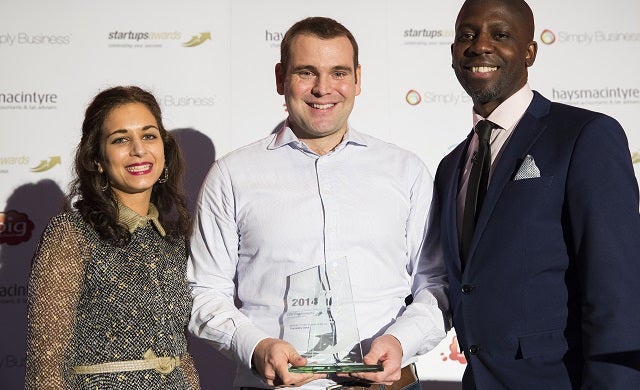 While up against two companies – Gousto and Pact Coffee – with the backing of some of the biggest names in venture capital and angel investment, the judges were mightily impressed by FinTech firm Currency Cloud’s $19m total funds raised to date.

Most recently, the young software-as-a-service (SaaS) business secured a Series B round of $10m with Atlas Ventures, Notion Capital, Anthemis Group, Silicon Valley Bank and XAnge Private Equity among its backers.

But our judges require far more to make such decisions and are well aware that investment alone doesn’t constitute success.

Opportunity is key and judges felt there still remains ample space for Currency Cloud to disrupt a congested market where $26bn flows across international borders each year.

Highlighting current inefficient and error-prone manual processes, the company’s entry convinced judges that Currency Cloud may have the ability to provide a ‘next generation’ solution.

Its cloud-based payment engine automates payments from receipt of funds through to conversion and payment, which means customers can receive, convert and send international payments in 40 currencies across 212 countries.

Claiming to be quick, transparent in terms of its margins and wholesale rates, and – importantly – secure, growth has been achieved at an impressive rate with turnover at least doubling year-on-year and the value of payments processed via the platform a multiple of billions.

Customers include payments companies such as Azimo, TransferWise, Kentox, and Payoneer, as well as banks including Fidor Bank and Med Bank, and e-commerce solutions Sofort and Zippcard.

Fidor Bank says Currency Cloud “gave us something no traditional bank could; a sharing of a vision to reform banking services for the better” while TransferWise says its “robust currency management and easy to integrate API are helping TransferWise move quickly towards our goal of revolutionising the money transfer markets”.

And we’re not the only scheme to have recognised Currency Cloud’s vast potential. It was the winner of the Best Online Payments Solution at the FSTech/Retail Systems Payments Awards in late 2013 and has been shortlisted elsewhere for its innovation in payments.

Its office in New York and the addition of South America, South Africa, Canada and Mexico to its local payment networks are set to see the business accelerate further in 2015.