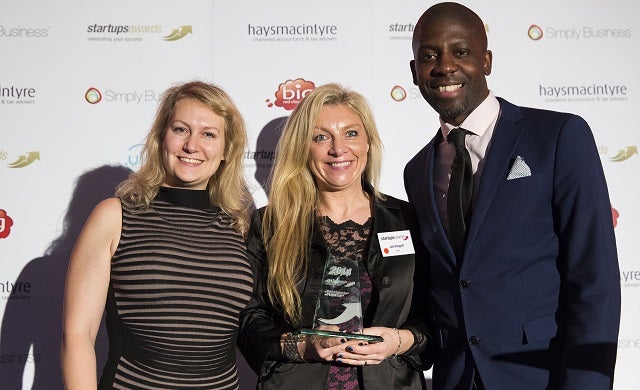 One third of the founding force behind 4Eco, Jodi Huggett’s start-up success serves as an inspiration for budding female entrepreneurs across the country.

Following in the footsteps of impressive former Women in Business award winners such as Holly Tucker of Notonthehighstreet.com, the Startups Awards judges were weighed over by Huggett’s achievements in having led the early-stage energy management device company to secure over 20,000 customers, access new markets and win exclusive international distribution agreements, all in under the space of a year.

Said to lower utility bills by around £250 a year, 4eco’s flagship product immerSUN looks to drive energy not back to the grid but to element-driven heating devices in an owner’s home so the water is hot and the house warm when they return home from work, without costing anything.

Having launched the business with no loans or funding and with revenues beginning to sky rocket, innovation director Huggett’s passion for enterprise is undeniable; even more so when you take into account that the female entrepreneur was working on the start-up whilst also battling cancer at the same time.

Given the remarkable success of category finalists Julie and Jayne Abel of Eyespace, and Gemma Ferris of Feritech, the judges had a tough job deciding on the Women in Business awardee but Huggett’s drive and determination meant she was the clear winner.