Independent retailers often struggle to find a good spot in busy shopping areas, but thanks to notonthehighstreet.com, this is becoming less of a problem. The site showcases the wares of 800 small businesses in the UK. Set up by Tucker and co-founder Sophie Cornish, 42, it gives independent retailers a means of selling to a national customer base, while consumers can select products from any number of partners in a single transaction. Partners pay a highly competitive membership fee of around £500, and the site takes around 25% of each sale. With those featured selling everything from fashion to homeware, turnover has rocketed from £100,000 in 2006 to an anticipated £3.7m this year. The duo have now secured over £1.5m from Spark Ventures and Venrex LLP to develop their technology and fund their highly popular 128-page catalogues.

notonthehighstreet.com employs nearly 100 staff and has received four rounds of funding from leading Venture Capital firms including Index and Fidelity. It now has a network of over 3,000 partners. By the end of 2012 revenues will have reached over £100m since 2006.

Tucker went on to be named Keystone Law Golden Gun at the 2013 Young Guns and was awarded an MBE for services to small businesses and enterprise in the Queen’s Birthday Honours in the same year. In 2015, she was named as one of prime minister David Cameron’s six new UKTI business ambassadors. The role involves promoting trade and investment to UK businesses to encourage them to make the most of international opportunities. The entrepreneur has also committed herself to a number of philanthropic causes including The Happy bricks Foundation – a non-profit charity that raises money to improve the quality of the environment of disadvantaged children around the world. Tucker was a judge in the 2015 Startups Awards. Today, notonthehighstreet has more than 5,000 firms selling products on its site and employs more than 200. It turned over £155m in 2015. 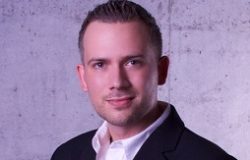 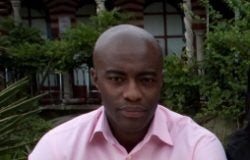 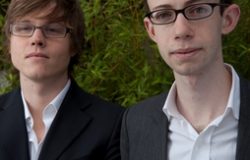 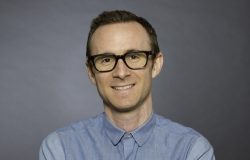 Class of 2008
Robert Leigh: Devono Property
March 29, 2011
Back to Top
We use cookies. By browsing our site you agree to our use of cookies.