ChannelFlip describes itself as “the next generation of broadcasting”. The company makes content designed for online viewing, targeting men between 17 and 35, and its videos, featuring stars including Davi Mitchell and James Cordon, have now racked up over 35 million views. Before launching ChannelFlip in 2007, Justin Gayner was commercial director of Q1 Ltd, the company behind the Stephn Fry-presented TV-show Q1. The site aims to deliver a premium environment for advertisers and major clients inlude Cadbury, Volvo, O2 and the BBC. A female channel is on the cards, plus a range of products for children, with roll-outs into Europe and America expected to begin this year.

Winner of the not-for-profit category of the Chartered Institute of Marketing Excellence Awards 2012 as well as a host of other recent accolades, ChannelFlip's subscriber base has grown to almost 19,000 users with an impressive 2.2bn total video views. The company was acquired in January 2012 by News Corporation subsidiary Shine Group and also concluded a deal with Hollywood studio Studio Canal for access to its library of 2,500 film titles to use in its video clips. 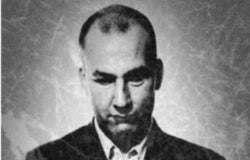