Claiming to be Europe’s “first truly online used car dealership”, Carspring is on a mission to make buying, selling and owning a used car easier, “street by street, driveway by driveway and garage by garage”.

Founded in 2015 by Maximilian Vollenbroich and Peter Baumgart, Startups 100-featured Carspring is an online marketplace that allows consumers to confidently buy a used car online, anywhere they like, and get it delivered directly to their door. The usual experience of buying a car is one that's fraught with stress and worry. With Carspring it's different. All its cars are meticulously inspected and prepared and every step of the buying journey is simple and online, including integrated finance options for customers looking to pay monthly. Essentially, you only need to know you want a car. Carspring’s mission is to help you with the rest.

Initially focused on establishing itself as the ‘go-to' online used car retailer in the UK, the company last year secured €5m Series A funding and is now coming to the end of its second funding round, successfully securing investment to expand overseas. Carspring clearly has big ambitions, targeting over 500 car sales a month and an annual revenue of £50m by 2017 – and if current growth rates are anything to go by, it's likely both targets will look decidedly modest. Having only been in business a year, the potential in this £45bn market for Carspring is huge. 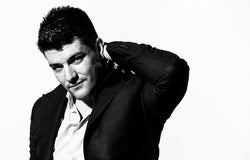