When he started fitness apparel brand Gymshark, Ben Francis was a 19-year-old delivering pizzas to see himself through university. Back then, it was nothing more than a screenprinting operation in a garage. Just eight years later, it’s a £1bn global brand.

How did he do it?

Firstly, he was solving a problem: no one was making great clothes for bodybuilders. And while many fitness wear brands opted for either functionality or aesthetics, Francis knew that to stand out, Gymshark couldn't just look good – it had to perform.

Secondly, he was quick to recognise the awesome brand-building potential of the then relatively new phenomenon of Instagram influencers, enlisting them to promote Gymshark to a young and increasingly fitness-obsessed, social media savvy audience.

Today, Gymshark has 4.8 million followers on Instagram and 1.8 million on Facebook, whom it keeps engaged with a regular diet of #fitspiration, and a diverse cast of #fitfluencers modelling its workout, swim, and leisure wear.

In August, Gymshark became the UK’s latest unicorn (a business valued at £1bn), following a £200m investment from US fund manager General Atlantic. What’s even more impressive is that this was its first ever funding round, making it only the second British company since 2001 to achieve unicorn status without any prior investment.

Why we chose Gymshark as one of the Startups 20 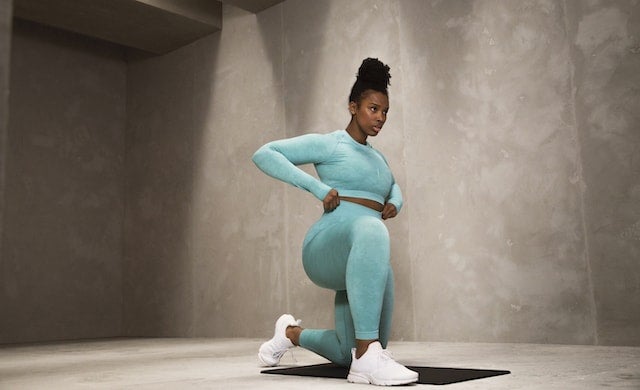 There are a number of reasons we felt Gymshark had to be in the Startups 20. Phenomenal growth, of course. An exceptionally young founder (still only 28 years old, Francis now has a net worth of £138m according to the Sunday Times Rich List). And, as a brand that’s leveraged the power of social media – arguably the most significant societal change of the last 20 years – like no other, it’s a real success story for our times.

But dazzling financials and gains that a bodybuilder would envy aren’t everything.

We’d also like to praise Gymshark’s body positive attitude. Sure, a quick glance at the brand’s Instagram page will show you rippling muscles and granite-hewn physiques, but there are also those who don’t conform to the ‘normal’ image of what a fitness model should look like. And when followers take against its inclusive approach, Gymshark strongly encourages them to use the unfollow button.

Gymshark did well during the pandemic, as a boom in home exercising led to a boom in sales of fitness clothing  revenues hit more than £258m in July. Though it was sure to give back, allowing personal trainers to run paid classes through its platforms, and raising £180,000 for the NHS in Birmingham through its Sweaty Selfie campaign.

This year also saw the brand launch its own fitness app, The Gymshark Conditioning App, giving users access to workout plans for the home and the gym, step-by-step exercise videos, and progress tracking.

Following its £200m investment, the brand is looking to grow its presence in Asia and North America, which is already one of its largest markets.

Speaking to the FT in August, Francis said: “I firmly believe Gymshark has the potential to be to the UK what Nike is to the US and Adidas is to Germany.”