Simon Duffy and Rhodri Ferrier (pictured) raised £1.2m in angel investment to launch Bulldog in 2007, and in doing so created a market for natural and ethically sourced male grooming products. The range, which Duffy and Ferrier proudly proclaim has been created for men, by men, rather than “your girlfriend's brand rebadged”, has proved to be highly popular, with Bulldog products flying off the shelves since launch.

In fact, take up has been so strong that the business is projecting a turnover of £2m this year. The range of male grooming products can now be found in a number of major retail outlets, including Waitrose, Tesco, Superdrug and Boots, among others, following the expiration of a 12-month exclusivity deal with Sainsbury's.

2013 update: Bulldog's products are now found in more than 2,000 stores across the UK and marked successful expansion into the US when it concluded a deal in 2011 to bring its products to the Whole Foods line of upmarket grocery stores. In 2012, the brand overtook Gillette to become the UK's third largest men's facial care brand, racking up £3.5m in sales.

After signing a deal with Boots in 2014, Bulldog’s range is now available in 150 Boots stores in Thailand, while subsequent deals have seen the brand take on rivals across Germany, Portugal and the Canary Islands. Most recently, the skincare brand signed a deal with retailer Walgreen – the owner of Boots – that will see its products listed in 2,000 stores across the US. Early 2016 also saw the launch of Bulldog’s range of shaving and beard care products. The beard range includes a beard balm, beard oil and shampoo & conditioner, while the shave range includes cream, oils and gels. Both Duffy and Ferrier received MBEs for their services in the Queen’s 90th Birthday Honours. 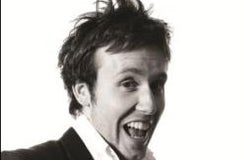