Start-up: it’s a word that you hear more and more in the world of business. While you’re likely to be able to name some of the most successful start-ups – such as AirBnb, Facebook and Uber – you may be wondering what is a start-up business, exactly? And, what are some of the traits and characteristics that these, and other companies share, that define start-ups, both in the early days and further down the line?

In this article, we’ll cover:

When it comes to defining a start-up, there are two main routes: you can either think about it in terms of the actual business or you can focus on the spirit and mentality. Literally, a start-up is a new, emerging business.

However, a start-up mentality can include existing businesses, as long as they operate with the same attitude on which they were founded. And what are those key principles?

How to define a start-up

With all of the above taken into consideration, it’s worth pointing out that change is central to the start-up business meaning. There’s a sense of transition and a temporary nature to it, as in time a start-up may expand or be bought by another company.

Therefore, it’s difficult to say a start-up is definitively one thing or another, except for highlighting that the ability to change and be different is the essence of a start-up. The energy, excitement and sense of possibility runs throughout start-ups, as well as a feeling that anything could happen. 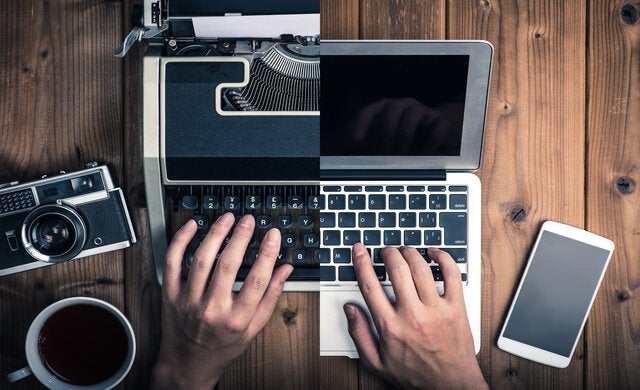 2. How the concept of start-ups has evolved over time

The dictionary offers two definitions of a start-up. In UK English, it’s a recently started small business. The US definition is slightly different, with the word referring not only to a new business but also to the tasks associated with starting a new company.

While you may think that start-ups are a current phenomenon, earlier examples do exist. In this section, we’ll provide an overview of how start-ups have evolved over time.

1976 – When Steve Jobs and Steve Wozniak founded Apple in a garage in California, you could say that one of the first ‘start-ups’ – as we think of them – was created.

1990s – Two decades later and the world was in the middle of the dotcom boom, when many online companies were starting and growing in quick succession.

2018 – With start-up conferences, events and festivals taking place from Montreal to Turin, Finland to Namibia – as well as across the UK and the US – it shows that start-ups can be found all over the world in a number of sectors.

While initially referring only to new small businesses, some companies that have technically outgrown their start-up roots still label themselves as such. Why?

Over time, a start-up mentality has emerged, so ‘operating as a start-up’ can also refer to companies that consider themselves to still have the same culture and attitudes from when they first started the business.

This is an attitude that crosses borders – and boardrooms – meaning start-ups (both literal and in spirit) can identify with the term, whether they’re situated in California’s Silicon Valley, London’s Silicon Roundabout, a bedroom or a garage or somewhere in between. 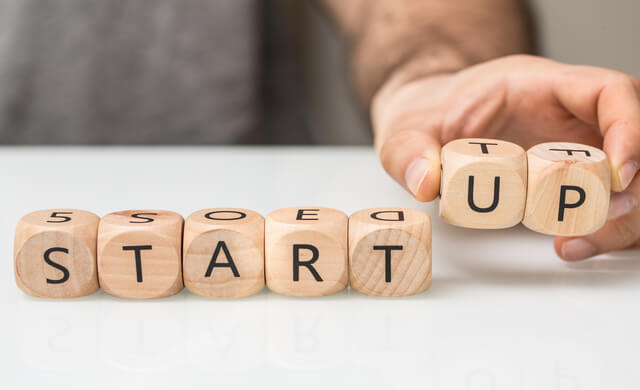 There are a lot of words and phrases used to describe start-ups specifically. Here, we provide a guide to some of the most common ones.

Coworking space – a work space that houses multiple businesses, renting out individual or collections of desks as well as separate office spaces, but with a shared kitchen and meeting areas. They are known for fostering a collaborative environment, as they often host events and informational sessions where the different members can network and collaborate.

Accelerators – A structured schedule in a set amount of time that aims to grow a start-up quickly, often with investment and mentoring exchanged for shares.

Agile – A way of project managing and developing software that uses frequent evaluations and small teams to produce valuable work quickly, which can be adapted to new developments and changes.

Angel investors – An individual (or group of individuals) that invest in start-ups to help businesses, often bringing knowledge and guidance too. In exchange for financing the business, an angel would usually receive shares in the company, plus take an active role in the investment and legal processes. (Think Dragons’ Den).

Bootstrap – A business started with minimal funding; often using the founder’s personal finances or relying on revenue the start-up may make initially.

Crowdfunding – An alternative form of financing where businesses reach out to members of the public and the wider community, who donate funds online to projects they choose.

Disruptive – A business that offers a new product or service that provides an alternative to the conventional way of operating in a sector.

Exit strategy – A plan that outlines the process for a founder and/or company to leave after achieving its goals, or to close it in case a business should fail. It can also refer to a founder growing a business and then selling their ownership of it to another company.

Incubators – A programme that works with solo founders and small start-ups in the early stages of operation to develop an idea into a fully fledged business.

IPO – Standing for Initial Public Offering, this refers to the process of a private company gaining investment by making its stock available to the public for the first time.

M&A – This abbreviation stands for ‘mergers and acquisitions’. It relates to the process of a business being incorporated into, or bought by, another company.

Unicorns – In terms of start-ups, this generally refers to tech companies with a value of $1bn or more.

Venture capital – Investments made from a firm on behalf of a fund that is looking to quickly make a profit on an investment. This type of funding is directed towards start-ups that show the likelihood for long-term growth, and the investors receive shares. The funding can come from individuals or groups, as well as institutions.

Learn more about raising finance for your business with our guides.

From reading this article, you’ve learned more about how to define a start-up, as well as how the concept has changed over time. We’ve also provided a guide to some of the key terms used most commonly when discussing start-ups.

So where do you go from here? Now that you know the answer to what is a start-up, the next step is to actually start one! Check out our guide on how to start a business, with the eight essential steps you need to take to start your own business – good luck!

Analysis
Hospitality crisis as a third of consumers cut back on bar and restaurant spending
June 7, 2022

Analysis
“SMEs are being left behind”: Small businesses on the cost of living package
May 27, 2022
Back to Top