Starting up a business can seem like a very lonely process. Budding entrepreneurs often feel like they are battling against the world in order to get their venture off the ground. If suppliers are not asking you for money, you are asking for it yourself as you try and convince your bank manager that you deserve a generous loan.

No wonder many entrepreneurs say that the support of their family and friends is vital in those early days. But there are organisations out there with the sole aim of fighting the corner of small businesses. They make it clear that they are on your side, taking on the government, the banks and the taxman to secure a better deal for entrepreneurs.

However, acronyms like CBI, IoD, BCC and FSB often draw blank stares from new business owners, with many unsure of what these organisations do and, more importantly, how this relates to them.

Here we look at what each of the main business lobby groups offer small businesses, and how you can benefit by getting involved.

The Confederation of British Industry (CBI)

Perhaps the most widely known business lobby group in the UK, the CBI claims to have the largest number of business members of any British organisation – over 240,000. The organisation's director-general, Digby Jones, regularly addresses political and trade union conferences – an example of the CBI's clout, according to its lobbyists.

“The government takes the CBI seriously and turns to it for the voice of business,” says Richard Dodd, CBI spokesman. “The organisation gives businesses a seat at the top table, giving small firms an influence over the government in a way they wouldn't be able to achieve by themselves.

“Policy comes directly from members, we survey them on what they want and then reflect their concerns.

“We also let them know what's going on – mainly in terms of government policy and the state of the economy.”

The CBI has offices in 12 regions across the UK, as well as a presence in the USA and Brussels. Member businesses are offered a programme of events in their region; free entry to the CBI business listings guide; regular copies of Business Voice, the CBI's monthly magazine; ten free practical business guides a year and regular bulletins on relevant issues.

However, as the CBI is solely a lobbying organisation, it doesn't provide much in terms of servicing the day-to-day needs of businesses. Also, the CBI represents businesses, not individual entrepreneurs. Although the lobby group has an SME Council and claims it represents businesses of all sizes, the strongest voices are those of it's largest member firms, who pay five-figure sums to help influence policy.

The cost: Fees for joining the CBI vary according to the size of the business. For the smallest members, with fewer than five employees, the organisation charges £650 a year for firms in the service sector and £500 a year for industrial companies.

For more information, go to: www.cbi.org.uk

The Forum of Private Business (FPB)

Founded in 1977, the FPB's main drawing point for budding entrepreneurs is that it represents small and medium-sized businesses – not their larger counterparts. Active in London, Brussels, Edinburgh and Cardiff, the FPB has around 25,000 members that employ a total of over 600,000 people. The FPB says is exists to ‘make effective changes to the rules and regulations that affect small businesses, to improve recognition of the role that SMEs play, and to offer practical measures to businesses to make their lives easier.'

The organisation is the only fully represented UK business group active in Europe through UEAPME – which represents crafts, trades and businesses across the EU. In layman's terms, this means that FPB has a significant voice in Brussels when it comes to business regulations and red tape.

Although the FPB claims significant success in its anti-red tape campaigns, it is not just a lobby group. The organisation provides members with access to a range of money-saving products, ranging from discounted phone calls and line rental to legal insurance and discounted merchant fees.

The cost: Membership costs from £100 a year.

For more information, go to www.fpb.co.uk

Much like the FPB, the FSB serves a dual role – to lobby the government on behalf of small firms and help entrepreneurs with the running of their businesses.

On the campaigning side, the FSB has dedicated Westminster, Glasgow, Cardiff and Belfast offices to pressure ministers and has representatives on the Small Business Council, which advises the government on enterprise issues.

The FSB has claimed success in influencing a number of government policies, including exemptions from trade union laws, dropping of the fuel tax escalator and the removal of corporation tax for businesses with profits below £10,000.

The FSB's members receive 24-hour a day support, with the organisation's dedicated legal helpline fielding over 100,000 calls last year from concerned businesses. Services provided include business banking, insurance, broadband, medical over and a travel service. In 2001, the FSB even paid out £500,000 to members affected by the foot and mouth crisis.

The cost: Membership fees start at £130, depending on the number of employees.

For more information, go to www.fsb.org.uk

The Institute of Directors (IoD)

The IoD is one of the most venerable names in the business community. The Institute was established in 1903 and was granted a Royal Charter three years later. The IoD has its own constitution, which sets out its philosophy on business.

The organisation, as its name suggests, aims to provide support and representation to business directors in the UK, rather than companies as a whole. Seven in ten members are bosses of startup businesses.

With offices in London, Edinburgh, Nottingham, Manchester, Birmingham, Belfast and Bristol, the IoD provides a range of information, advice, conferences and publications to its members. Significantly, the IoD offers a number of training courses to help its members increase their skill levels.

There are two types of IoD membership – full member and associate member. To become a member, you must be a director of a solvent business for a minimum of three years, having been in business for at least seven years. Your firm must have an annual turnover of at least £200,000.

However, you can also be a full member if you have been a director for one year, have been in business for a minimum of five years and attended an IoD course entitled ‘The role of a company director.'

The rules surrounding associate membership are much less restrictive, but the IoD sets a strict definition on what kind of individuals they want to be involved with. Sole traders and senior executives can be associate members, but the IoD looks for experience and competence in business before you can join up.

The IoD offers members low cost training and conferences and organises regular events. By joining, you will be given a subscription to Director magazine, a business information helpline on a wide range of issues, legal and tax advice and negotiated benefits such as insurance and loans.

The cost: A one-off election fee will cost you £200, although this is reduced by 50 per cent and 100 per cent if you join for three or five years respectively. You are then obliged to pay an annual fee, which increases depending on how long you join for. The first year costs £255, increasing to £4,590 if you want to take out life membership.

For more information, go to www.iod.com

The British Chamber of Commerce (BCC)

The BCC is made up of a network of local accredited Chambers that are spread across the UK. There are over 100 Chambers across the country, with each region divided up into local Chamber areas. The separate parts of the network mostly work independently of each other, although the BCC has a London head office to co-ordinate policy and support.

The BCC has over 135,000 members, who employ over five million staff. Members range from startups to multinational companies.

Because of the strong regional links, most members of the business community have come into contact with their local Chamber at some point. The BCC is often the first business organisation entrepreneurs come across.

The BCC performs several functions on behalf of its members. It fields around 400,000 business-related enquiries a year and over 200,000 people attended its networking events in 2003.

Significant parts of the BCC's role are exporting and training assistance. As the largest single provider of government-funded training, the Chambers help around 18,000 employees improve their skills levels each year.

As the BCC is part of the global network of Chambers of Commerce, the organisation claims to provide the best route available for firms looking to do business abroad. The BBC said that its trade missions secured £225 million-worth of business last year, with a total of 500,000 export documents issued.

The BCC also provides information and savings on products and services such as pensions, healthcare and insurance. The network also lobbies government on behalf of its members, regularly producing surveys and reports on various issues.

Each local Chamber is accredited by the central body, to ensure that it provides the services needed by the business community. But, due to the varying size and nature of Chambers in different parts of the UK, the support and opportunities provided are not necessarily consistent from one area to the next.

The cost: Membership fees vary from Chamber to Chamber – there is no set fee for membership. However, the fees of most Chambers depend on the size of your business.

For more information, go to www.chamberonline.co.uk 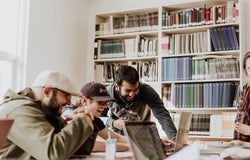 Business support
Prince2 training course – what are the benefits?
May 16, 2018 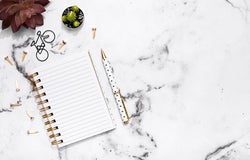 Business support
Support groups and resources for female entrepreneurs in the UK
March 8, 2018 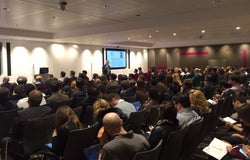