Launched in 2013 by Ben Grech, Uniplaces offers an online booking platform enabling university students to book accommodation from private landlords in London, Portugal and Spain, claiming to unify what has traditionally been a fragmented market.

The London-based start-up has proved particularly popular with international students, who use the site to book accommodation in another country at short notice before they arrive.

Since launch the site has proved increasingly popular with landlords and students alike, and now claims to have facilitated more than £5m in bookings from domestic and international students.

The Octopus-led £2.2m investment follows a previous £700,000 investment into Uniplaces in late 2013. Other investors who participated in the current round include previous investor and Zoopla.com founder Alex Chesterman, Portuguese angel fund Shilling Capital Partners, and Barclays Capital managing director Rob McClatchey, who also joined the Uniplaces board as a non-executive director.

The backing will enable Uniplaces to set its sights on an ambitious global expansion plan, with plans to launch in France, Italy, Germany and the Netherlands in the coming months. Uniplaces said it also planned to expand within its existing markets, with a launch into Birmingham and Manchester expected before the end of the year.

Rebecca Hunt of Octopus Ventures said: “Since we last backed Ben and the Uniplaces team back in November 2013, this business has made some really positive steps forward and we are happy to be supporting them in this next stage of growth.

“The global student market is particularly fast-growing and we've seen Uniplaces make strides to match this growth and provide a unique service for both students and landlords. We look forward to working with existing investors Alex Chesterman and William Reeve, as well as Shilling Capital Partners, to continue supporting this business in the next exciting phase of growth.”

News
What to do if your startup fails: insight from entrepreneurs who’ve started again
July 29, 2022 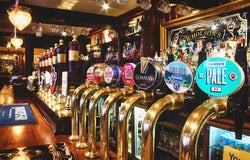