It's the sixty-four million dollar question – what do you do if you're convinced somebody is stealing from your business?

The first problem is to track down your suspect. “If you've got an operation where it might be one of two or three people you have to take care not to alienate the majority of your staff by accusing everybody,” cautions Mike Schuck, assistant director at the British Retail Consortium.

To narrow down your list you could try moving a suspect around your business – take them off the tills and put them in the warehouse, for example, and see if your takings go up.

If you think somebody is stealing from the till you could try introducing marked notes or using ultra-violet dust. Glenn Bolton, retail manager for Fullers' brewery, reckons the best way to catch a thief in a pub or bar is by getting somebody to spy on them: “If you've got friend in the trade ask them to come in, have a few drinks and sit at the bar. From there they can discreetly watch what the staff are up to.”

Professor Barnfield of the Centre of Retail Research is an advocate of staff searches: “Staff should be searched regularly and routinely, rather than just when the boss thinks there's a problem. This is done widely in retail and fast foods and it's an additional deterrent.”

Perhaps you should look at putting a clause in your terms and conditions which makes it clear that employees or their lockers may be searched. You have to proceed with care here though, you can't search anybody against their will, that would be assault. If somebody refuses to let you search them you've got two choices; you either detain them and call the police, or you let them go.

Once you're absolutely convinced you know which member of staff is stealing from you, it's then time to confront them. The simplest approach is to take them to one side and explain to them what you've done and why you've done it, detailing your findings.

“If they've got any sense they'll get the message and realise they've been rumbled. And then they'll either buckle down or pack up and go somewhere else,” explains Schuck.

Neil Miller owns a coffee bar and a sandwich shop in the centre of Bristol and he's had direct experience of tracking down a thief within the ranks. “We became suspicious that money was not going into the till when a certain person was on duty by himself. But we didn't have any proof,” reveals Miller.

To get the evidence he needed, Miller and his wife would go into the cafe on two or three mornings and count the number of dirty cups, mugs and plates that had accumulated during the time the suspect was on duty by himself. “If there's just one person on, all they can do is serve they can't clear up,” explains Miller. From the empty crockery the couple were able to estimate the takings. They found the till contained around 30% of the money that should have been in there.

Miller had to confront the member of staff: “The atmosphere became icy in a matter of a seconds. I explained to him what we'd done and how we'd done it. He denied it point blank, saying I'd made a mistake. But I'd already worked out what my next step would be. I told him I was confident that what we'd done was correct but that if he was convinced we were wrong that I would call the police and both sides could tell their version of events. Within seconds he was gone out of the cafe and he hasn't been back since.”

If somebody refuses to let you search them you've got two choices; you either detain them and call the police, or you let them go. 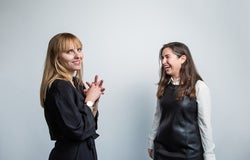 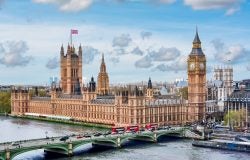 Employment law and regulations
How to make the new ‘Living with Covid’ plan work for your small business
February 22, 2022 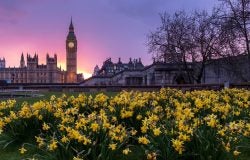 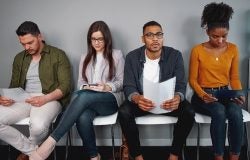 Hiring and managing staff
How to recruit in a hiring crisis
October 28, 2021
Back to Top