Following on from the 2020 budget announcement and the news that the UK would be offering Coronavirus business grants, chancellor Rishi Sunak also released plans for an employment and wage subsidy package for UK businesses.

Announced at the same time as nationwide closure of pubs, cinemas and restaurants – impacting 1.4m UK workers according to the Guardian – the plan to offer wage support to businesses is an unprecedented move.

Following the press conference, Mr Sunak outlined the plan in a series of Tweets, stating that, “For the first time in our history, the British government is going to step in and help pay people’s wages.

Government grants will cover 80% of the salary of retained workers, up to a total of £2,500 a month, that’s above UK median earnings level.”

The move to subsidise 80% of retained workers' salaries is similar to steps taken in Denmark, where the government will cover 75% of salaries at privately owned companies for up to three months, as long as they do not let staff go – the measure is designed to protect businesses and staff equally.

Though this may be a relief to many, it was still not considered a strong enough move by some. Labour shadow chancellor, John McDonnell, welcomed the steps that the government has taken, but raised concerns that that the government has not yet increased statutory sick pay or provided more help for carers; he also raised concerns that the wage guarantee scheme has not been released in time to save some jobs.

Alongside opposition from other members of government, others have also raised concerns that the subsidy package may not extend to – or support – freelancers and low-paid workers, or those not entitled to Statutory Sick Pay. There are further questions still to be answered regarding how far this measure will reach, and whether it is enough. Though likely to be a measure that will save many businesses, it remains to be seen if that will be the case across the board, with other operating costs possibly beyond the reach of UK small businesses seeing a decline in day-to-day revenues.

As well as announcing the new subsidy for employment and wages, the government also announced a deferral for the next quarter of VAT payments due from businesses, alongside an additional £6bn of extra support for the welfare system. 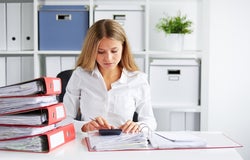 Payroll
Switching Payroll Companies Checklist: What to Do
May 16, 2022

Payroll
Best online payroll software in the UK
May 4, 2022 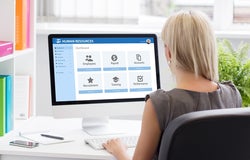 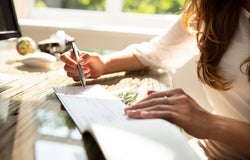 Payroll
Prepare for Payroll: How to make the next year end as smooth as possible
April 20, 2022
Back to Top