In the aftermath of the global recession, newly cautious banks and VCs tightened the purse strings, and it was harder than ever for talented entrepreneurs to raise vital startup finance.

Equity crowdfunding platforms Crowdcube (founded by Darren Westlake and Luke Lang) and Seedrs (founded by Jeff Lynn and Carlos Silva) were both founded to plug that gap.

Launched in 2011 and 2012 respectively, Crowdcube and Seedrs allow both professional and armchair investors to back business ideas that they love in return for equity. More than that, it gives businesses a unique way to engage with existing customers, and build lasting relationships with new ones. And, with a minimum investment of just £10 on both platforms, net worth is no barrier to getting involved.

In their first years of fundraising, both Crowdcube and Seedrs facilitated seven deals, worth £1.6m and £248,000 respectively. Today, they’re both responsible for hundreds of deals every year, and have been behind some of the UK’s biggest crowdfunding success stories. They’ve also both expanded internationally, and continued to grow their offerings with new innovations like Seedrs Secondary Investment Market, and Crowdcube’s Direct Community Offer (DCO), which both give early investors a chance to get a return on their investment.

This very month, Crowdcube and Seedrs announced that they would be merging in a move that will create one of the world’s largest equity investment marketplaces. And although the deal won’t be completed until next year, we thought it was a fantastic opportunity to celebrate both of these fantastic businesses together, which combined have seen more than £2bn invested into 1,500 companies to date.

Online crowdfunding had been around in some form since 1997, and reward or donation-based models had already been adopted by various websites during the 00s (the first recorded use of crowdfunding was in August 2006).

Why we chose Crowdcube/Seedrs as one of the Startups 20 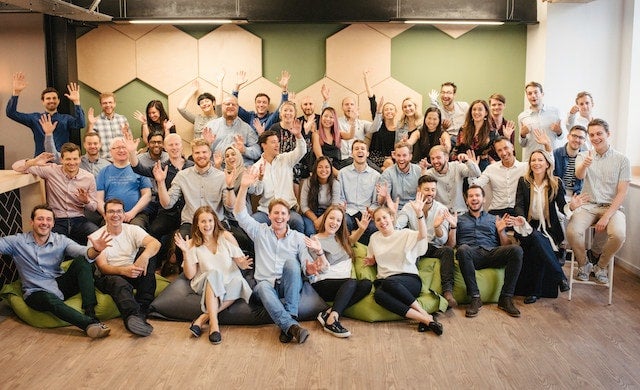 Full disclosure: we’d agonised over which of these worthy crowdfunding platforms deserved to be in the Startups 20. We knew we had to have at least one business that represented this revolutionary new facet of private capital investment. Eventually, we settled on just one. After all, we couldn’t have both – could we?

Well, following their merger, we can.

As a share of the UK funding market, crowdfunding has grown significantly over the last decade, thanks in no small part to Crowdcube and Seedrs. According to Beauhurst, in 2011, just there were just eight crowdfunding campaigns in the whole of the UK; in 2019, there were 424.

In fact, according to Beauhurst’s annual The Deal report, Crowdcube and Seedrs weren’t just the UK’s most active crowdfunders in 2019 – they were the most active investors full stop, facilitating an astonishing 191 and 215 deals respectively.

Alongside countless other well-known startups, a number of the other businesses in the Startups 20 have actually completed successful funding rounds through Crowdcube or Seedrs.

Mindful Chef has raised through both platforms, while Pip & Nut and what3words have both raised through Crowdcube. Brewdog runs its Equity for Punks programme through the platform, which has raised a staggering £42m to date. And having also facilitated funding rounds for Monzo and Revolut, Crowdcube is responsible for funding 19% of all UK unicorns!

So, by having Crowdcube and Seedrs in the Startups 20, we’re celebrating two startups that, arguably, have done more for other UK startups than any other person or organisation over the last decade.

The announcement about the merger only happened this month (October 2020), so we’re sure there’ll be plenty more news on that front in the coming months.

Seedrs co-founder and executive chairman Jeff Lynn tells us that the deal, which is due to be completed early next year, has been on the cards for a while:

“Over the years we’ve had several conversations with Crowdcube, and we have both recognised the value of combining the best of both of our businesses, but it was really this summer that we started to move ahead to making it a reality.”

So far, the pandemic doesn’t seem to have had too much of an impact on people’s appetite for crowdfunding. Crowdcube managed to facilitate 97 deals in the first half of 2020 (totalling £48.5m in investments), while Seedrs managed 95 (for a higher total of £49.7m).

Lynn says: “Our performance through the pandemic has been quite strong. When the enormity of Covid-19 hit in mid-March, we worried that investment activity would slow down, but in fact we’ve seen significant year-on-year growth over 2019.”

But the pandemic’s not over yet, and neither is the merger, which still has to be approved by the UK Competition and Markets Authority (CMA), the Financial Conduct Authority (FCA), the shareholders of the two companies, and the sanction of the Court.

Crowdcube and Seedrs were both born in the wake of a recession that resulted in a funding drought for UK startups.

Now, with the UK potentially facing its worst ever recession, startups and small businesses need all the help they can get once again.

Could there be a better time for the UK’s two most active investors to join forces?