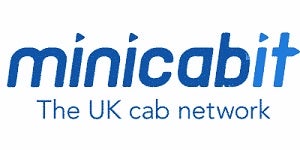 The Dragons, Barclays, and Heathrow Airport are just a few of Minicabit’s many supporters and now you can add the Startups Awards judges to that list, with the taxi comparison app having won over the judges to win App of the Year.

A new category for 2015, the judges were looking for an exciting app which was taking off fast with the potential to be lucrative too. Minicabit ticked all of those boxes and more.

Launched in 2012 by O2 marketing executive Amer Hasan, the app is said to be the only service of its kind to enable users to instantly compare and pre-book local and long distance trips – up to a year in advance.

With the option to compare quotes on both location and destination, the app gives users the ability to find the best deal while giving operators the opportunity to reach customers outside of the usual territory. Little surprise then that over 650 of the nation’s licenced cab operators have already signed up.

While it faced stiff competition from AppyParking in third place; runner-up at the 2015 Pitch to Rich competition, and Matchpint in second place, Mincabit stood out for its ambitions to take over the pre-booked segment of the online taxi market.

Other great start-ups in the running for the App of the Year title included pre-school entertainment app Hopster, ticketing app DICE and shopping list and recipe finder app Whisk.