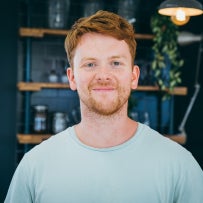 Henry has been writing for Startups.co.uk since 2015, covering everything from business finance and web builders to tax and red tape. Over the last five years, he’s been lucky enough to interview the influential people behind some of the UK’s most successful startups, including Innocent Drinks, Made.com, and LOVEFiLM.He’s also contributed to many of our industry-renowned annual indexes, including Startups 100 and Young Guns, and created a number of the site’s popular how to guides.

Henry studied film at University and screenwriting at the National Film and Television School.
Before joining the team, he reviewed films for a culture website and ran a very, very small hand-printed t-shirt business.

As we enter a new decade of possibilities, Startups spotlights 12 hot business trends for 2020, including non-alcoholic fun, urban farming, and CBD…

Diesel: Is it the right choice for your company cars?

Choosing the right fuel for your company cars is an essential part of fleet management. Explore the pros and cons of diesel here…

10 cheap small business ideas to start on a shoestring

How to calculate your business rates

In Rates and regulations

3. How to choose a business name

Choosing a business name is a vital first step in bringing your business to life. Here’s how to choose one that brings success and growth…

PBX cost can be an ongoing concern. Here’s how you can get the most value out of a PBX phone system for your small business…

How to start a call centre

If you're a hard worker with impeccable customer service skills, then setting up a call centre is a very accessible business opportunity - here's what you need to know about call center setup…

Affordable, easy to use, and highly customisable, WordPress is a great choice for your small business website. But which hosting provider should you choose to support it?…

Squarespace pricing 2021: What will it cost to build my business website with Squarespace?

One of the most popular website builders on the market, Squarespace offers a variety of pricing plans. But does it have one to suit your business? And is Squarespace worth it?…

Wix Pricing 2021: Find a Wix pricing plan for your business

How much will it cost you to make a decent business website with Wix? We’ve crunched the numbers to find out…

Considering signing up for monday.com, but unsure whether it will offer your business good value for money? Find out everything you need to know to make a decision here…

Could this popular work management software revolutionise the way your team communicates and collaborates? We’ve tried and tested it to help you decide…

Brands pay them millions to #advertise products to their adoring followers, but they’re entirely digital – could you get in on the virtual influencer trend in 2021?…

Business ideas for 2021: The feeling economy

As artificial intelligence assumes an ever greater share of cognitive tasks in the workplace, uniquely human traits have never been more valuable…

From video conferencing, to virtual socials, and more, discover how the remote working services sector is connecting teams - wherever they may be located...…

What business support is available during UK lockdown 2?

Since Startups.co.uk was founded in the year 2000, the UK business landscape has changed considerably. We take a look at the people, businesses, and events that have shaped the last 20 years…

Meet PolicyMogul, the startup that wants to open up lobbying to SMEs

We talk to PolicyMogul founder Elliot Robinson about how his company is helping SMEs stay ahead of the game when it comes to government decisions.…