There’s nothing we love more at Startups than seeing small businesses flourish.

It’s a fantastic part of our jobs that we get to watch (albeit from afar) entrepreneurs on their journeys from launching fledging start-ups to running multi-million, fast-growing enterprises.

One of our longest running – and most popular areas of the site – is our Just Started section. Shining a spotlight on brand new businesses, (at the time of featuring, start-ups must have launched within the last three months) it’s an area we’re extremely proud of.

It gives us the chance to unearth new start-up talent and offer businesses potentially their first PR coverage to help them stand out.

Due to the length of time we’ve been running it, it’s also now a huge catalogue of UK start-ups, that offers a window into the ever-changing small business landscape – with the businesses featured dating back over 15 years.

Admittedly, there’ll be plenty of businesses that we featured in Just Started that didn’t stand the test of time. But there’s also a plethora of brands that have become huge British business success stories.

And today we want to celebrate them.

As part of our Be Your Own Boss in 2018 campaign, we’re hoping this feature will provide you with some inspiration to get started. Even the biggest of brands started small.

So, don’t forget to pledge (below) and, of course, once you’ve launched, complete our Just Started form.

If your office or workplace has taken part in any fitness classes, sport leagues, team building exercises or attended any wellbeing programs – there’s a good chance they’ve gone through Go Mammoth in order to organise it.

One of the UK’s largest corporate sports and fitness providers, with over 20,000 weekly participants, Go Mammoth runs more than 20 different types of activities across 15 cities in the UK.

Now a national business, Go Mammoth was a small London sports club when it made its first appearance on our site back in June 2010.

With just two members of staff, including himself, founder Luke Mohr explained how his idea came from his time in the US where he was inspired by the Chicago Sport and Social Club – the biggest of its kind in the world.

Now eight years down the line, the former stockbroker’s idea has travelled well – both overseas and over time.

Founded way back in early 2011, Crowdcube is an undeniable success story.

With just two employees when we profiled the business in February of that year, the founding duo had ambitious plans for the business even then – which they have gone on to well and truly smash.

Almost seven years later exactly, Crowdcube now employs 85 staff and has raised a staggering $28.3m. Listed in our Startups 100 for three years running and winner of the Startups Awards Funded Business of the Year in 2013, the gamechanging business has not only seen a host of accolades alongside exponential growth but, together with its contemporaries, has transformed the alternative finance sector forever.

The not-for-profit Raspberry Pi foundation was founded way back in 2012 with a clear social mission: to get more children into coding and computing.

In our Just Started interview, co-founder Eben Upton told Startups that the team’s big ambition for the business was to see the device “used by kids all over the world to learn programming”.

And with over 40 million Raspberry Pi devices sold globally to-date – there’s no denying the impact of the super cheap, pocket-sized computer.

In 2016, the manufacturer behind the computer was sold for £615m but the foundation is continuing to pioneer instilling “the power of digital making into the hands of people all over the world”.

Starting their business nearly a decade ago, Anil Stocker and Charles Delingpole of MarketInvoice first featured in our Just Started section back in May 2012 – shortly after their start-up, an online marketplace for invoices, fully launched.

A sign of the times, the duo were based in Old Street, an area they said was “increasingly becoming known as Silicon Roundabout” – with just six members of staff.

Appearing twice in our Startups 100 list, in 2012 and 2013, MarketInvoice’s strong early traction was certainly a very good indicator of where the business was headed.

The peer-to-peer lending platform has now funded over £2bn since launch, leading the way in ‘next generation’ finance.

With impressive young entrepreneur Ross Bailey at its helm (aged just 21 at the time of launching), Appear Here was almost always destined for success.

After igniting his entrepreneurial spirit at just 12 years old, Bailey went from running an events company to one of the first handpicked graduates to complete the Peter Jones Academy before finding his lightbulb moment and starting what is now the leading marketplace to book short-term retail space.

A Startups 100 winner three times over and with a total investment of $21.4m, today the start-up is used by over 80,000 brands around the world. 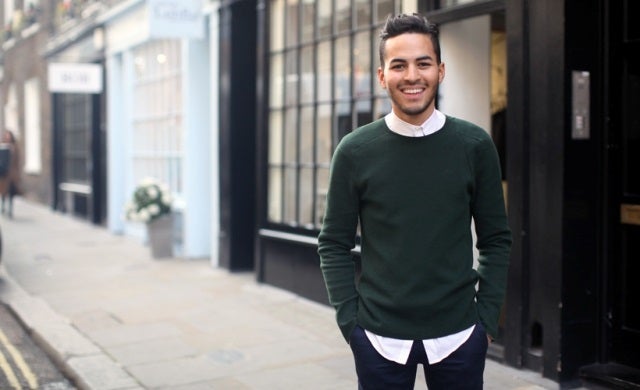 Founded by brothers Michael and Kenny Bruce, Purplebricks first appeared in our Just Started section less than one month after launching.

Making the claim of being the UK’s “first 24/7 estate agent”, the brother’s plan to embrace technology and add transparency to an outdated industry seemed like a great idea – and our suspicions proved correct.

Now a certified unicorn, (any start-up valued at more than $1bn) the round the clock property platform raised £58m ahead of its AIM listing back in December – and now floats on London’s junior stock exchange.

A one-man band at the time, Bridge's flexible subscription service was looking to give men a “better, more simple way to shave” – and so far, – over 145,000 subscribers think they’re doing just that.

With a headcount of over 24, Cornerstone’s impressive growth is matched by Bridge’s big ambition – recently telling Startups he wants to sell the business for £100m by 2020.

Having raised £8m worth of finance to date, Bridge wants to carry out “an all-out assault on the men’s aisle at Boots”, and in the coming months will launch a range of toiletries including face wash, moisturiser, 2-in-1 shampoo and conditioner and deodorant.

By the time we covered Laundrapp in Just Started in January 2015, the business had already spent a number of months validating its concept during a soft-launch period – as well as raising two seed investment rounds of £1.5m. So even in its early days, the business looked pretty sharp.

Fast forward a couple of years and the on-demand laundry and dry-cleaning service has upped investment to a total of £9m, and thanks to an extremely fast-growth trajectory, now has plans to take on the world (using a global licensing model).

With a number of competitors now in the marketplace, there’s no denying the laundry market has been well and truly disrupted – so Laundrapp's challenge today is to remain at the forefront of consumers’ minds.

Now locked in the ‘battle of the beds’ with rivals Simba Sleep and Casper, the mattress retailer was first covered by Startups way back in March 2015 – and having achieved truly phenomenal growth since – the intervening years must have seemed like a dream!

With bold ambition, co-founder Jas Bagniewski told our readers that within five years he wanted to make Eve “the global household brand for sleep” – and the serial entrepreneur certainly hasn’t been resting on his laurels.

Taking top spot in our Startups 100 list for 2017, Eve Sleep now exports its mattresses to over 10 countries worldwide – and employs more than 80 members of staff.

Well on its way to global domination, Eve announced its IPO on the London Stock Exchange’s Alternative Investment Market (AIM) in May 2017 – just two years after launch.

Launching in May 2016, and appearing in Just Started a month later, renewable energy start-up Bulb hasn’t been around for long – but its innovative offering means its already been recognised as one of the brightest businesses in Britain.

Founded by Amit Gudka and Hayden Wood, the 100% renewable energy supplier is battling against ‘the big six’ and, with its transparent service and cheaper prices, is winning.

Named as the seventh best start-up in the country just one year after launch, Bulb’s early success was due in part to its popularity among millennial consumers – who were impressed by its eco-friendly, and just plain friendly, credentials.

Supplying over 100,000 members with energy, and with a five-star rating from over 4,700 reviews on TrustPilot, Bulb was crowed The Start Up Loans Start-up of the Year at the Startups Awards 2017.

Not bad, for a business yet to reach its second birthday. 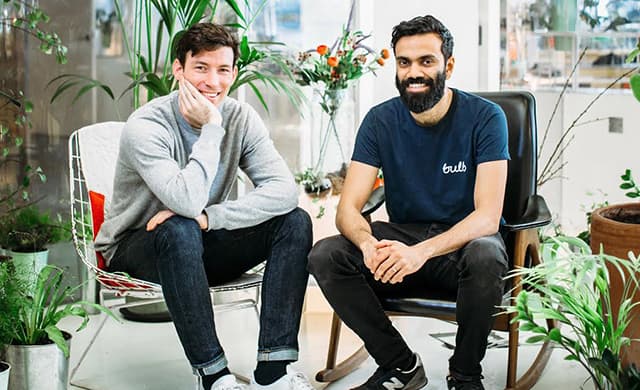 An incredibly important yet complicated aspect of our lives, when Romi Savova told us her start-up PensionBee would fix the UK’s pension problem – we stood up and listened.

Previously heading up corporate development at Credit Benchmark, her experience was evident – but would it take off?

Fast forward two years, the start-up now serves over 40,000 customers, or ‘beekeepers’, who are so impressed with the service they’re receiving, they’ve given PensionBee a 9.2/10 rating on TrustPilot.