Bulb is a technology-led, 100% renewable energy supplier. We give UK businesses and consumers a choice in energy they haven’t had before: low cost renewable energy with market leading customer service.

My co-founder, Hayden Wood, and I both worked in the energy industry. We saw that energy consumers were getting a raw deal: prices were too high and the customer service was awful.

We were also constantly speaking to people who wanted to buy renewable energy but couldn’t because it was too expensive. So we started Bulb to give people a real choice.

There is huge inertia in the market with 29 million energy consumers in the UK of which 60% don’t recall switching energy suppliers.

There is also huge support for renewables, especially among young people, a group not targeted by traditional energy companies. But less than 1% of that market choosing to switch to 100% renewable suppliers. So we saw a growing market as more people realise they are able to switch and that renewable energy can be truly affordable.

I’ve always wanted to have a positive social impact and it is possible to do that in plenty of other ways than running your own business. In our case, after seeing the inefficiencies in the industry, we decided the most impactful way to improve things was to start our own energy supply company.

We approached a series of business angels at the beginning of last year, and also invested our own savings.

We have developed an advanced in-house IT system that automates a lot of the issue-resolution normally done by teams of employees at larger energy companies.

We also keep all our wholesale energy trading in-house. This allows us to keep costs far lower than our competitors and we pass this saving on to our members.

There is a deep rooted lack of trust in energy suppliers. People are used to not feeling in control. To overcome this trust deficit, we’ve worked hard to build an exceptional customer service experience that gives people real agency – leading us to be the #1 rated energy supplier on Trustpilot – but we are constantly trying to improve.

We've also found that word of mouth recommendation has really helped reassure potential members and answer the question, ‘But where's the catch?' (there is no catch by the way…!)

Launching our site in beta last year was a big step – we’d worked very hard to get to that point but only when we went live did it feel real.

Get used to always being ‘on’. You never really leave work at the office! Having a co-founder and team around you that provide support and keep you on your toes is also key.

We want to have democratised renewable energy, be helping people reduce their usage by enabling new technologies like electric cars and domestic solar. We want to provide an example to energy suppliers all over the world that there's a better way to provide energy. 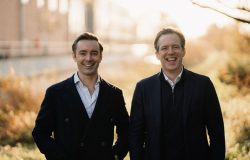 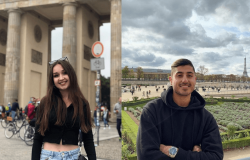 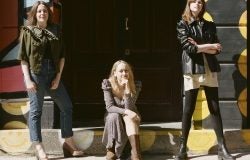