What is the Funding for Lending Scheme (FLS) and how does it work?

Announced in July 2012 and officially launched in August by the Bank of England and HM Treasury, the Funding for Lending Scheme is a large-scale attempt to boost lending from banks and building societies.

The scheme provides cheap loans to banks, which they in turn can use to increase the number of loans and mortgages that they offer to businesses and individuals.

The purpose of the Funding for Lending Scheme

In the current economic climate, banks have been accused of becoming increasingly risk averse and the stock of lending to non-financial companies has decreased by 17% in the past four years as a result.

Inter-bank lending – the money loaned from one bank to another – is also down, not least because of continued turbulence in the Eurozone.

To counteract the trend HM Treasury and The Bank of England have attempted to provide banks and building societies with a lending incentive through the FLS.

It is hoped that by providing banks and building societies with ready cash, they will be able to increase the volume of loans and mortgages to businesses and individuals, while cutting the costs.

With more loans available at cheaper rates, the scheme hopes to attract businesses that would otherwise be put off by high-rate loans, while encouraging banks to lend to companies that they otherwise wouldn't have dealt with.

The Funding for Lending offer to banks and building societies

For 18 months following the official opening of the scheme on August 1 2012, banks and building societies can apply to borrow from the Bank of England at discount rates.

The loans to the banks and building societies last for up to four years and are offered in return for assets such as business or mortgage loans, in a transaction known as a collateral swap.

There is no upper limit to how much the financial institutions can borrow from the Bank of England, but it is dependent on how much they have loaned out to the UK non-financial sector in the past and how much they continue to offer.

For every £1 of borrowed money lent out, banks are able to access an extra £1 reduced-rate loan from the scheme.

Banks can initially borrow up to 5% of their current lending total, followed by the additional £1 for every £1 lent thereafter.

5% of existing loans to non-financial institutions has been valued at £80bn, thus making this the estimated sum of lending that the Bank of England can offer.

What this means for small businesses is that the doors to institutions are very much open – and bank managers are likely to be more receptive to plans to start-up or invest in the growth of an early stage company.

The incentive to lend to businesses via Funding for Lending

To prevent financial institutions from simply holding on to the discounted cash, the FLS aims to incentivise banks and building societies to provide loans to individuals and companies.

Financial institutions that increase or maintain their lending between June 30 2012 and the end of 2013 will be charged 2.5% per year on the amount borrowed.

However, banks that decrease their lending in this period will be charged an extra 0.25% for every 1% fall in lending, up to a maximum fee of 1.5% of the original loan.

Which banks and other lenders are signed up to the Funding for Lending Scheme?

After participating in the scheme from the earliest possible date of August 1, RBS launched a £2.5bn fund specifically aimed at supporting small and medium-sized enterprises.

The scheme, which is claimed to be among the most affordable funding offered to small and medium enterprises from RBS for “some time”, offers 1% interest rate discounts for loans under five years.

By abolishing arrangement fees, RBS is also able to offer small and medium-sized businesses an average saving of £4,500 on the standard loan. Similarly, Lloyds is committed to supporting small and medium businesses by cutting interest rates by 1%.

RBS and Lloyds have each indicated that they have generated around £1bn of extra lending to businesses, offering interest rate reductions of up to 1.7%.

Barclays promises to pass on the whole benefit derived from FLS to customers. The bank has launched Cashback for Business as part of its FLS deal, offering 2% cashback on loans for small businesses that access finance via the scheme.

Despite these efforts, the scheme is yet to produce an overall positive impact on the cost of small business loans, with rates on new bank loans under £1m rising from an average 3.76% between April and June 2012 (Q2) to 3.85% between July and September (Q3).

Nonetheless, with the 30 banks and building societies currently involved representing around 80% of lending in the UK economy, FLS has the potential to unlock £66bn worth of loans so far, while other financial institutions still have time to sign up.

The response to the Funding for Lending Scheme

As with most government schemes, FLS has met with a varied response from critics. While some are confident that the scheme will give banks the boost they need to increase lending, others point out that there is no legislation to insist that banks use their borrowed cash to lend to higher risk customers.

This has led to fears that the same people and businesses will be left struggling. The scheme has ultimately left the lending decision to banks; four years after receiving the loan from the Bank of England, the collateral originally passed over (in the form of loans and other assets) will be given back to the original banks and building societies.

This ensures that the risk of the investment remains the responsibility of the bank, in an effort to prevent financial institutions from slipping back into the nonchalant lending habits of the years prior to the recession.

Nonetheless, it is hoped that with more cash available to them, banks will be able to lend to small and medium-sized companies with genuine potential.

The overall effect of the scheme is yet to be seen, but if the sign-up rate is anything to go by, the scheme has the potential to make a big difference to small business lending levels. 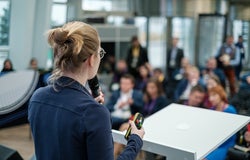 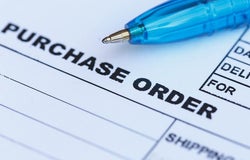 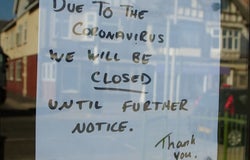 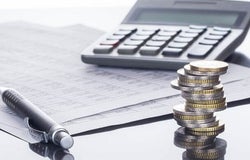