Few marketing opportunities are more hit and miss than April Fools’ Day. For a day that is supposed to be all fun and games, there are always some that take it a step too far.

Over the past few years, the practice has become common amongst corporate entities. Many see it as a way to help their brand appear more light-hearted – enabled by the advent of specialist campaign tools, like CRM software.

But there have also been countless pranks which have ended up with truly disastrous consequences for businesses.

Still, with every marketing manager’s nightmare comes a learning opportunity for us all.

If your small business is planning to take part in the event this year, read on for a list of the most awkward, career-ending April Fools mistakes that blossomed from an innocent idea, into a global controversy: 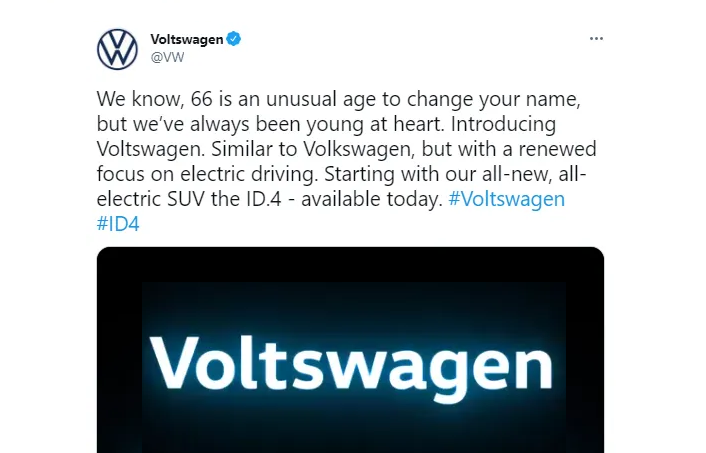 If the global emissions-cheating scandal wasn't enough to make it proceed with caution, Volkswagen (VW) announced last year that it would be changing its name to “Voltswagen” to promote a new line of electric cars.

Later, the famous car brand revealed that this was all a joke in the spirit of April Fools’ Day!

Unfortunately, whichever bright spark at Volkswagen came up with the idea should probably have told VW’s investors. What was intended as a harmless hoax quickly grabbed headlines because, unsurprisingly, a German car giant announcing a rebrand is very big news.

Mass confusion followed and VW’s share price dipped. According to CNN, the prank technically also ran afoul of US securities law, putting the organisation at risk for potentially misleading their investors.

In short, it was an absolute car crash.

VW is a massive brand. Whatever messaging you put out for your April Fools’ Day prank – whether it’s via a social media website, email, or on your website – likely won’t have as big repercussions.

However, you need to monitor the reaction to your announcement to make sure that the response does not get out of hand. Volkswagen was very slow off the mark to provide clarification on the prank, allowing the fake news story to spread.

Small business tools, like CRM software, can integrate with all your digital channels to monitor the reception to any brand messaging. Some brands, like HubSpot, can also send automated emails, so you can issue clarity on any April Fools’ Day pranks later in the day.

It’s nice to know that April Fools’ Day jokes are not beneath the most serious companies, like law firm Weil Gotshal.

Still, we’d really like to know what was going through HR heads in 2015, when its people team declared a ban on emails between 11pm and 6am.

This was very exciting news for Weil Gotshal employees who regularly found themselves working into the night. Some staff members even publicly lauded the company for its ‘progressive’ stance..

.. which made it even more embarrassing when the email was revealed to be a cruel joke from the firm’s oblivious leadership team.

According to a news article at the time, the last line of the email read: “We are proud to be taking a leadership role in caring about our colleagues’ quality of life.” Can you spell ‘clueless’?

Low-lift product testing and cheap marketing are some of the less-obvious incentives behind an April Fools’ Day hoax.

Like Weil Gotshal, you might find your ‘joke’ is actually well-received. If this is the case, give customers and employees the opportunity to feed back on what they liked and why.

Handily, you can do this with another feature that CRM brands like Pipedrive boast: webforms. These allow your visitors to get in contact with you and to send information, such as an order or query, and are a great way to learn more about your customers' wants and needs. 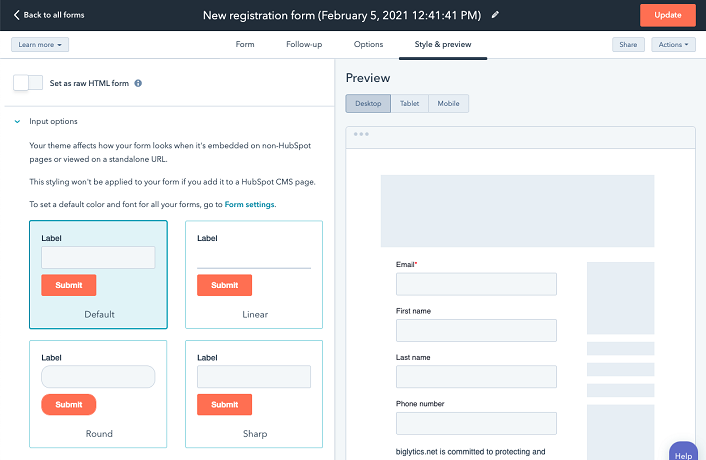 On 1 April 2016, Gmail users across the world woke up to find a new feature in their emailing software called ‘Drop Mic’.

In an apparent homage to 1980s rap, the tool could be sent to immediately close and silence an email thread. To make matters more confusing, it also sent a small animation of a minion character from the film Despicable Me.

Stupidly, Google’s product designers put their new icon next to the ‘Send’ button. This obvious recipe for disaster led to some admittedly funny stories. People began to vent on social media that they had accidentally attached the image of a minion to a multi-million pound client contract.

But soon, amusement was replaced by annoyance. The mistakes turned more serious. One forum user even claimed to have lost their job as a result. 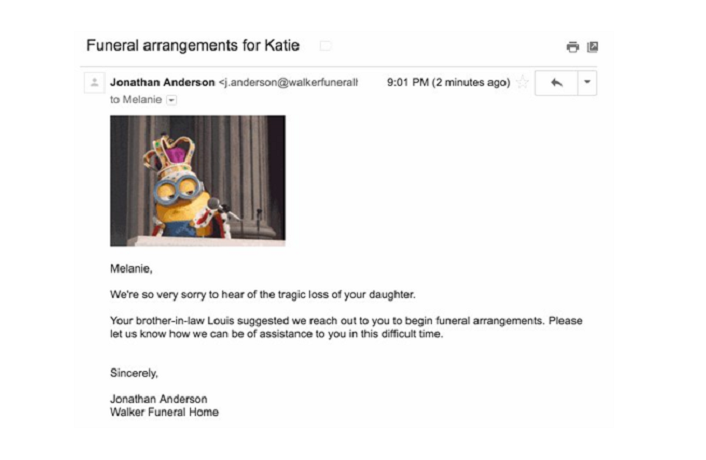 Google users went through the four stages of April Fools’ Day grief: confusion, disgust, anger, and filing a customer complaint. The feature was swiftly removed – but not before the damage had been done.

Introducing a big new feature is a brave decision, and one that probably isn’t going to go well if you’ve not carried out sufficient research.

One simple beta test with 20 users would have told Google that the Drop Mic button was far too close to the Send button, and likely to invite mistakes.

We would recommend they use project management (PM) software next time, to better organise a run-through of their practical joke before launching.

Some PM brands, such as Monday.com even offer specialist research templates to collate research materials from data analysis, to outlines and bibliographies.

Global food-delivery company, Deliveroo bit off more than it could chew with its April Fools' Day joke in 2021.

For reasons both unknown and unfathomable, the firm decided to send thousands of customers in France fake receipts for pizzas they had never ordered. Making things far, far worse, each order totalled just under €450 (£380). 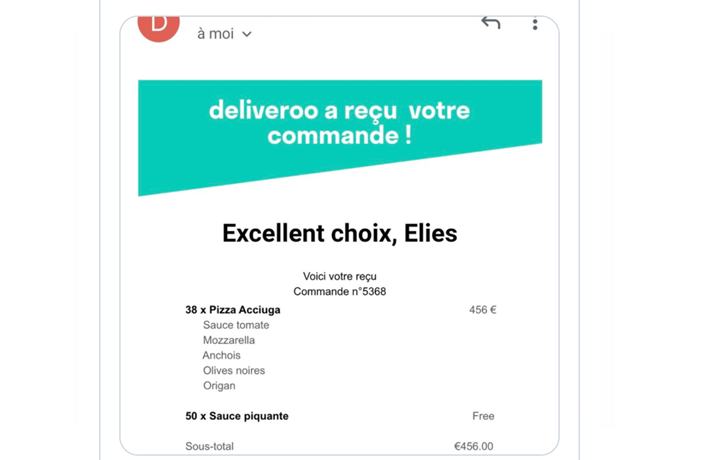 The prank fell flatter than a Deliveroo moped tyre. Dozens of panicked recipients tried to call their banks, reasonably assuming that their accounts had been hacked, until Deliveroo France issued a statement on Twitter to apologise.

It’s rumoured that to this day, historians continue to thumb through the brand’s horrendous campaign messaging in search of a missing punchline.

Don’t mess around with your customer’s financial statements.

Losing hundreds of pounds might seem comical to a huge global tech company like Deliveroo. But to the average consumer, it’s an unnecessary cause of stress and anxiety that could have a personal impact on their bank account.

Many companies use payroll software, like Zoho Books, to manage invoicing. While you can use these to send branded statements to your clients – we definitely don’t recommend it for pranks.

April Fools’ Day is an opportunity for brands to let their hair down, get their creative juices flowing, and show a bit of personality.

But however humorous you think your messaging is, it’s still coming from your company’s official channels. That means you need to approach it as a serious campaign, and consider everything that could go wrong as well as right.

Proper planning and effective research can ensure that you know exactly how your prank will be received before it’s publicised. Business software, like CRM systems, can also give you an arsenal of tools to help manage and react to user engagement. 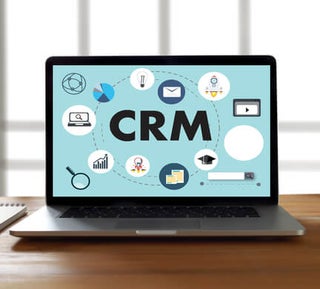 Get set up now for April Fools' Day

Make sure you've got the right campaign management tools by comparing quotes from the top CRM brands now.

Compare It only takes a minute.

Marketing and sales
Best 10 social media marketing agencies in the UK
May 24, 2022

Marketing and sales
Amazon and Google are clamping down on fake customer reviews: Why should you care?
May 19, 2022 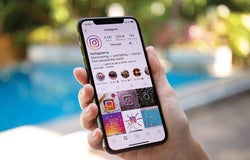 Marketing tips
How to use Instagram for business
April 11, 2022
Back to Top