London-based brain training app Peak has closed a $7m Series A round led by Creandum – known for its early investment in Spotify – with participation from existing investors DN Capital, London Venture Partners (LVP) and Qualcomm Ventures.

Launched last year on iOS and Android, Peak offers users challenging mobile games to test, track and strengthen brain power – offering an insight into cognitive function based on user performance. More recently it has developed a companion app for the Apple Watch after it was named as one of Apple’s ‘Apps of the year’ in 2014.

The young company has already raised more than $10m to fund its plans to rise to the top of the global leaderboard in the saturated brain training app sector, and will use this latest finance to bolster its team of neuroscientists and engineers, as it works towards its goal of mapping the world’s cognitive performance.

Peak co-founder and CEO, Itamar Lesuisse, commented: “We see an opportunity to establish Peak as the app of choice for tracking cognitive performance. With the rise in the popularity of using smartphones to monitor physical health, it’s only a matter of time before data relating to cognitive well being is given an equal level of value and credence.” 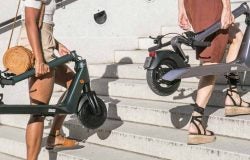