The government’s landmark Levelling Up white paper was revealed yesterday after a long wait from small businesses across the country.

The strategy outlines an eight-year plan that aims to improve services such as education, broadband and transport until 2030.

Speaking to MPs on Wednesday, the levelling-up secretary Michael Gove said the government hoped business investment would help to “turbocharge” growth in neglected parts of the country.

But reactions from small business owners and regional commentators have been mixed, with many saying they are disappointed by the proposal and that it doesn’t go far enough to address the UK’s regional inequalities.

We spoke to small business owners to find out more about what their reactions are to the new Levelling Up white paper.

What is the government’s white paper?

The long-awaited paper sets out what it calls ‘twelve national levelling up missions’ which, if given status in law, will shift government focus and resources to Britain’s forgotten communities throughout the next decade.

Amongst the new pledges is a ‘London style’ Mayor and associative powers for every part of England.

The £2.6 billion UK Shared Prosperity Fund will be decentralised to local leaders ‘as far as possible’, with investments said to regenerate communities, boost people’s skills, and support local businesses.

The government has also said it will support 20 towns and city centres, starting off with Wolverhampton and Sheffield, with ‘ambitious, King’s Cross-style regeneration projects’.

What do small business owners think of the announcement?

Reaction has largely been divided amongst small business owners and regional commentators. Some welcomed the new white paper and its missions finally providing clarity on the government’s Levelling Up agenda.

Others criticised the new plans as inadequate to address the level of economic inequality across the UK.

“Can only be a good thing”

Graham Cox, founder of mortgage broker firm Self Employed Mortgage Hub, said: “The fact the government is at least recognising the extreme geographical inequality in the UK can only be a good thing. The investments in public transport outside the capital, 5G broadband, R&D and skills training are also to be welcomed.

Paul Christensen, CEO and Founder of Previse, comments: “Measures in the Levelling Up White Paper such as the Shared Prosperity Fund do not go far enough in solving the very real cash flow problems that SMEs face – like long payment timeframes and low accessibility to finance. Failure to tackle these challenges risks thousands of business closures.”

Despite consistent use of the term ‘levelling up’ in press conferences and political campaigns, Boris Johnson has previously received criticism for not clearly defining what the policy means for the UK and its business population.

Earlier this year, we reported on the high number of SME owners that said they were confused by the government’s levelling up agenda.

The research found that 52% of respondents were unsure about how the government will deliver on its plan to address regional inequality.

Speaking to Startups, several entrepreneurs expressed similar concern about the lack of specificity in the new white paper.

Lee Chambers, founder of employee wellness company Essentialise Workplace Wellbeing, said: “It’s abundantly clear that the Government is trying to pull away from its own crises by getting everyone to think we will all be levelling up together.

Chambers added that the paper gave “very little additional money and nothing specific enough to make a difference.”

Other businesses we heard from expressed scepticism that the new pledges would actually be carried out.

The move came as a blow to many local business owners and councillors, who saw the decision as a step-back.

UK Business Forums Founder and CEO, Richard Osborne, said that the Levelling Up White Paper included “many laudable recommendations” but its ideas needed to become reality to make a difference to the UK’s small business population.

“Small businesses in the UK must soon receive tangible benefits and support if we are to see any hope of reviving our high streets and strengthening the backbone of the UK economy. Let’s hope, for the sake of the UK’s small businesses, that this is not another talking shop.” 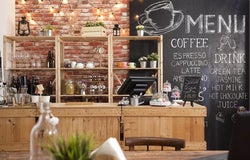