According to the draft legislation, the changes – which would be introduced in 2023 – would serve to simplify tax reporting for small businesses by changing the rules around basis periods.

The current legislation is complex, and has led to thousands of errors for self-employed tax returns. But with any tax shake-up comes questions about the transition period, its benefits and drawbacks, and what the potential long term impact could be.

To fully understand the reaction to the proposal, the government is organising a six-week consultation for sole traders and their partners to give feedback on the change, as well as any potential concerns they may have.

But first, you need to know how the proposal affects you. We’ve pulled together the below guide to help you understand the changes, and what they might mean for your small business.

What are the current rules on basis periods?

A basis period is the time period for which a sole trader or partnership pays tax each year. Currently, most business owners align this basis period with the tax year, which ends on April 5. But some firms choose another accounting date for strategic purposes.

For example, if you’re a Christmas-themed company, you might want to structure your accounting year around the Gregorian calendar. Another reason might be if you become self-employed, as you’ll likely want to begin trading immediately.

Specific rules also determine the basis period in certain cases, including during the early years of trading. This means that newly-established businesses often end up using a different accounting period to the tax year.

One of the biggest issues with these existing rules on basis periods is down to a complicated loophole. If your firm’s accounting period does not align with the tax year then, at the moment, you could be charged twice for having ‘overlapping’ basis periods.

If this happens, businesses are supposed to claim ‘Overlap Relief’ to get their money back. However, the current system is complicated and leads to thousands of errors and mistakes in tax returns. The Treasury says that more than half of those entitled to Overlap Relief don’t claim it.

What is the proposed change?

If implemented, the proposed Basis Period Reform will become law by 2023. It will mean that businesses will be taxed on profits arising in a tax year, rather than profits of accounts ending in the tax year. This would mirror tax assessments used for other forms of income, such as property income.

If you think this sounds complicated then don’t worry, it is. To help you understand the new rules, the government website gives this example:

The suggested Basis Period Reform is part of the government’s Make Tax Digital plan, which aims to take tax administration entirely online in order to streamline the way individuals and businesses pay tax.

However, while this new, tech-led legislation is aimed at simplifying the tax returns process, experts have warned that the proposal will trigger transition issues and extra admin costs – particularly for sole traders and new businesses.

What is Make Tax Digital? Mike Parkes is technical director at GoSimple Tax, a software provider for tax self assessment. Parkes explained: “Even in a typical year, people face barriers in filing their self-assessment. Our data shows the main barrier to filing a tax return was that they don’t understand finance and tax well enough and 26% said they don’t keep track of paperwork such as expenses and invoices. Making this digital, and using tax software, will help calculate tax liabilities automatically and keep track of invoicing and expenses digitally. The most common pitfalls to look out for according to our research are ticking the wrong box, assuming you don’t have to declare something as you’ve not made a profit, and putting the wrong information down.”

If you want to know more, read our helpful guide to Make Tax Digital.

Dan Stopp is UK accounting manager for Bokio, an accounting software product. Stopp told us: “The proposed Basis Period Reform will impact all self-employed traders and partners who don’t currently draw up their annual accounts to 31st March or 5th April. They are also expected to affect, or make life more straightforward for, those small businesses in the early years of operation.”

According to ONS figures from 2019, there are approximately 5 million self-employed people in the UK. The government estimates that around 7% of sole traders have accounting dates that are later in the tax year, meaning 350,000 SMEs could be impacted by the change.

In the long-term, the proposed Basis Period Reform will have a positive impact on the way these small businesses pay income tax by fixing the overlap loophole. Plus, the government plans to bring forward overlap relief to offset any firms being taxed twice during the transition period.

For the 2022/2023 tax year, however, the changes will still introduce a hefty amount of admin for SMEs, as well as requiring more time and resources from business leaders to understand the new tax rules.

The government’s impact report estimates that around 3% of sole traders (around 150,000) will incur an ongoing administrative charge under the new system, as well as 15% of their partners. Meanwhile, The Telegraph has guessed that a fifth of freelancers would face a one-off added cost for amending incorrect returns.

Lisa Dickson owns Caseron Cloud Accounting, an accounting company for small businesses. Dickson told us: “I think initially this is going to be a huge culture shock to many small unincorporated businesses and greatly resisted. Generally, tax is quite confusing and frightening for most business owners. My hope is that this will, in the longer term, be simpler for many small businesses. Anything that encourages or forces the small business owner to be more financially aware, more accountable and more financially responsible must be a good thing – HMRC will no doubt run webinars and issue publications on the new rules as they are implemented.”

How should small businesses prepare for the change?

The UK government has indicated that, if implemented, these changes will take effect from 2023/24 with a one year transitional period in 2022/23. That means there’s not much time for businesses to prepare for the practical implications of the changes; such as cash flow challenges.

If you’re a sole trader, or a small firm in the first three years of trading, you should start looking into the draft legislation to work out how exactly the changes will affect you. Investing in good accounting software is also a smart idea to remove some of the administrative burden.

Lisa Dickson said that the proposed Basis Period Reform “will force small firms to be more accountable, more financially aware, more creative and more resourceful with the resources they have today. As small business accountants – we use systems such as Profit First and Cash Waterfalling with our clients to make sure they pay themselves first and have the funds to meet their tax obligations as they fall due. I think more SMEs and self-employed workers will use strategies like these to help them manage their day to day finances so they can comply with the new rules.”

How can I have my say?

To fully understand the reaction to the proposal, the government is organising a six-week consultation for sole traders and their partners to give feedback on the change.

Nonetheless, because of the speed of the proposal, and the size of their potential impact, experts have already begun calling for a delay.

Jon Stride is Co-Chair of the Association of Taxation Techniques’ (ATT) Technical Steering Group. In a press release, Stride said: “The proposal to tax businesses on profits arising in the tax year itself is sensible and will eventually simplify matters for unincorporated businesses. But it is vital that the design and implementation is fully considered and not rushed. Given all the current upheaval for businesses, both this change and the MTD roll-out should each be delayed by a year.”

The deadline for submitting comments is 31 August, when the consultation ends. Any decision on the implementation of Basis Period Reform will be announced later in the year.

Responses should be sent on or before 31 August 2021, by email to businessprofits.admin@hmrc.gov.uk.

For the majority of SMEs, the Treasury’s Basis Period Reform is a welcome change. But for those sole traders and newly-established startups with differing accounting dates, the quirks of the transition period could prove costly in the approaching tax year.

The good news is that by looking ahead and preparing early, long-term benefits should outweigh the short-term negatives. Those affected should think about getting expert financial advice, or investing in accounting software for small businesses, to reduce the administrative burden. 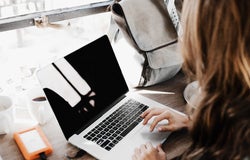 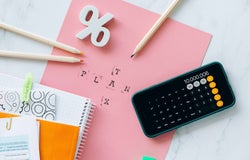 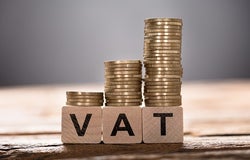 Tax
Making Tax Digital for VAT: what your business needs to know
May 1, 2019