Getting access to funding is crucial for new business growth. But new research by business networking company the Black Business Network has revealed the UK’s financial institutions are failing Black entrepreneurs, with only 43% saying they’d trust banks to support them with the capital to grow their businesses.

The report, entitled Black. British. In Business & Proud, highlights the issue of structural racism in terms of accessing capital, and its impact on Black business owners.

The Black. British. In Business & Proud report is now urging these same UK banks to do more to address the wider wealth gap, and to ensure that Black entrepreneurs are fully supported in their business goals.

The research, which was sponsored by Lloyds Bank and undertaken by Savanta, surveyed 808 participants from Black communities in Britain – 345 of whom were Black business owners.

The survey revealed that Black business owners are 21% more likely to be self-financed than to use financing from banks.

In practice, this can mean losing access not just to additional financial support, but also mentoring programs and business networks.

Among other findings from the report was poor sentiment amongst Black business owners towards the UK government, with just over a quarter (27%) trusting the national government to have their best interests in mind.

One reason for this disparity in trust could be due to previous experience. Some 79% of Black business owners said they wanted sources of support to understand their culture and lived experience – and more than half (53%) said they have experienced negative societal discrimination.

Despite the research, the ‘Black pound’ holds significant value within the British economy. Data from The Centre for Research of Ethnic and Minority Entrepreneurship found that firms owned by people of African and Caribbean origin contribute £25 billion annually.

Shari Leigh, Founder of Black Business Network and member of the Black Business Advisory Committee said: “For the Black business community these findings are nothing new. The legacy of ties to the slave industry and unaddressed structural racism remain at the forefront of conversations within the Black British community.

“It's commonplace to balance the idea of want versus need when engaging with traditional financial institutions, questioning the importance of our feelings and visibility. It just shouldn’t be this way.

“We use, work for and contribute to these institutions and we should be seen and heard. This research is important because it quantifies Black business communities' unapologetic thoughts and experiences and outlines tangible steps that Lloyds Bank and other institutions can take to address this lack of trust in real, tangible ways.”

Last year, Lloyds Bank pledged to increase Black representation in senior roles from 0.6% to 3% by 2025, as part of its ‘Race Action’ plan. The research and its insights will form the foundation of actions that Lloyds Bank will take following recommendations from their Black Business Advisory Committee (BBAC).

Paul Gordon, Managing Director, SME and Mid Corporates, Lloyds Bank Commercial Banking said: “These findings make uncomfortable reading, from which we cannot and will not shy away. We’re taking steps to better understand the needs of Black colleagues and customers through our Race Action Plan, and by working with our partners including the Black Business Network, Foundervine and the Black Business Advisory Committee.” 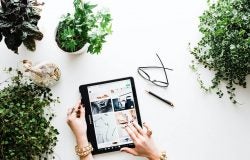 Ecommerce
The shop-com boom: Which ecommerce marketplace is the best for small businesses?
September 8, 2021 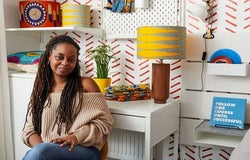 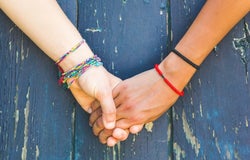