The number of incubators and accelerators in the UK has increased significantly to support the growing number of start-ups across the country, according to Nesta and the Department for Business Energy and Industrial Strategy’s Business Incubators and Accelerators: The National Picture report.

The report found that there are currently 205 incubators, 163 accelerators, 11 pre-accelerators, seven virtual accelerators and four virtual incubators currently active in the UK, offering a broad range of support including office space, funding and other support.

Incubators tend to provide workspace and are more likely to focus on science-based businesses in the health and life sciences sectors. They also tend to be more locally-oriented, with businesses travelling a shorter distance to participate compared to accelerators. 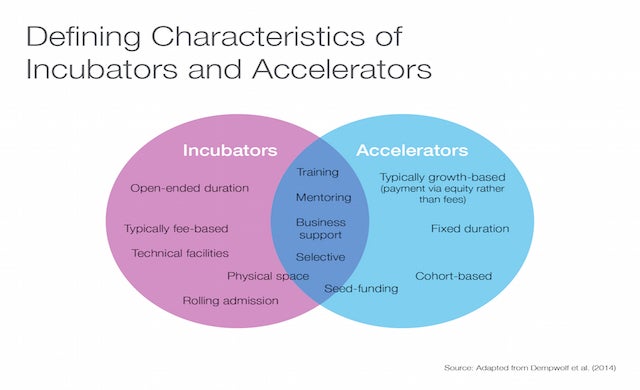 Accelerators are more likely to emphasise direct funding and are overwhelmingly located in London, with more than half currently based in the capital – incubators are spread more evenly throughout the UK. However, growing trend for accelerators to locate in business hubs such as Birmingham, Bristol, Cambridge and Manchester. Scotland, Wales and Northern Ireland have a greater concentration of both incubators and accelerators than most other regions.

Accelerators tend to be less reliant on public funding, preferring to be financed by corporates, while all incubators in the North East and 35% of those in Wales, Scotland and the West Midlands are entirely funded by public or university bodies.

Over half of incubators across the agriculture technology, space & satellite and transport sectors are supported by public or university funding, compared to both incubators and accelerators focused on education technology and financial technology, which operate with very little equivalent funding. 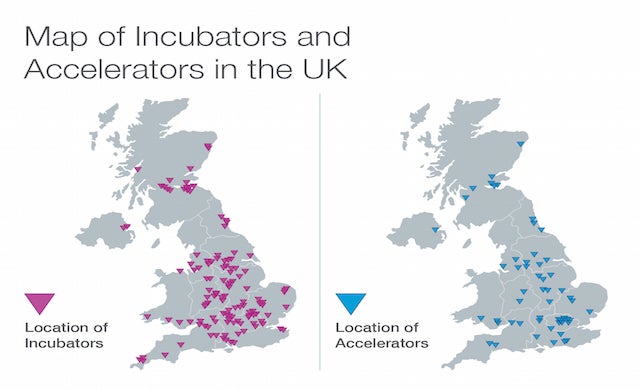 There has been increasing diversification of programmes, including the emergence of pre-accelerators, which provide support to businesses aiming to join an accelerator in the future, and a trend for programmes to move online and offer purely digital and remote training and mentorship.

The vast majority of accelerators have been created since 2011, while just half of the UK’s incubator programmes were established in the same period.

“Unfortunately, many good firms fail to thrive and scale. Mapping the landscape of existing start-up support, including accelerators and incubators, helps entrepreneurs find assistance and is an important step in building a more favourable environment for young businesses in the UK.

“It is interesting to see increasing levels of corporate involvement in accelerators – large companies have many different resources which can be of value to startups, including mentoring, industry insight and routes to market.”

News
Signed, sealed, and undelivered: 90% of shoppers admit to abandoning an online purchase
June 9, 2022
Back to Top