Being able to access funding can have a huge influence on new business success – but it’s much more difficult for female entrepreneurs to source than male.

According to investment tracker Dealroom, female entrepreneurs’ share of the UK’s multi-billion-pound VC funding has stayed under 2% for the past ten years – despite evidence to suggest that gender diversity leads to higher financial returns.

Unsurprisingly, this figure is having an impact on the number of women being able to start a business. Last year, we reported that 35% of women said funding was their biggest barrier to setting up a business.

Thankfully, a new wave of female-focused business funds is now emerging in the UK, and hoping to balance the scales.

Led by experienced female entrepreneurs, they are committed to connecting more women to the right finances and providing skills to the next generation of women in business.

So if you’re a female entrepreneur that’s looking to raise capital for your startup, read on to find out about the top five women-only business funds and awards:

Each year Innovate UK, as part of UK Research and Innovation, offers at least 20 Women in Innovation Awards to female entrepreneurs across the UK as part of a government-backed funding competition.

Successful applicants are given a £50,000 grant and a bespoke package of mentoring, coaching and business support. This grant is then used to fund a year-long project to grow your firm that will begin in April 2023.

Applications will open in August 2022, and close in October, with the winners being announced towards the end of the year.

Amelia Gammon is founder of bide, which manufactures eco-friendly cleaning products. Gammon told us: “One of the biggest surprises I find as an entrepreneur is that it’s still an obstacle to be a woman. From personal branding workshops to investor pitching, it’s still a male-dominated area.”

HATCH is an online and in-person UK business community that’s a great choice for those who are looking to grow or scale their existing business.

In particular, Hatch Female Founders has a selection of programmes to support female founders.

These include the Hatch Accelerator Programme, which was designed to help female-led businesses grow 10x over 10 years using business coaching, mentoring, and training.

There is also the Hatch Incubator Programme, designed specifically for Black, Asian and Minority Ethnic women in business.

Plus, if you’re in the early stages of launching, The Launchpad Programme helps you develop skills in business modelling, finance, communications, and marketing.

Looking for ways to fund your business?

To ensure you get the best financial deal, use our specialist loan comparison tool to find the best deal from the top business loan providers.

The Female Founders Fund (FFF) is an early-stage fund that offers investment to transformational technology companies that have been founded by women.

It was first started by experienced-entrepreneur Anu Duggal in 2014, and has since helped hundreds of women across industries including B2B, finance, healthcare and consumer, to realise their business ambitions.

Over the past 8 years, the fund has also developed into a wide-spread ecosystem of resources, events and female technology leaders nationwide.

On average, the fund makes around 6-8 investments per year, so it’s a competitive application process. You can find out more about applying for the FFF on their website.

“It was a challenge finding and being accepted onto the right accelerator, which inevitably plays a part in how you then fund the business. As a first-time female founder starting a rap-focused app, it’s not necessarily something the people making decisions can understand.”

Astia is a global fund that invests in women-led, diverse businesses. The company accepts applications from high growth companies with at least one woman in a position of significant equity and influence.

However throughout the steps, which include investor and industry screening, companies also receive access to valuable connections and advice.

One drawback to Astia is that the firm invests in companies that are beyond the concept stage, which means it’s only suitable for more-established startups that have demonstrated traction or market validation.

Sophie Baron, who started Mamamade in 2018, told us that raising money as a female founder was not an easy task:

“I’m so fortunate that in the end, Mamamade is backed by an amazing crew [who] are huge advocates of making the investment landscape more egalitarian – but I really did face a lot of comments and questions that I’m positive no male founder would have been asked.”

While it might not strictly be a grant organisation, the Anita Borg Institute runs the Abie Awards, which celebrate outstanding women working in the tech industry.

The Abie Awards boast a number of different award categories including the ‘Pass it On’ awards for women in coding.

Most of these categories advertise a cash prize to the winner – plus an expenses paid trip to the awards ceremony in the US. For example, the 2022 awards programme will offer prizes of up to $50,000 (£37,000).

The 2022 Abie Awards nominations tend to open in December and close in late February each year.

If you want to get started on your application early, have a look at the Abie website now to learn more about the process and qualifying criteria.

Looking for more helpful resources for women in business? 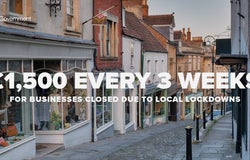 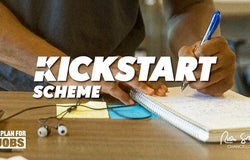 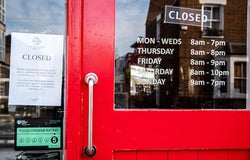 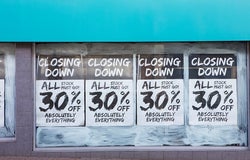