It will cost small businesses over £100,000 a year to run an articulated lorry by the end of 2004, due to rising petrol prices, wages and other costs, new figures have revealed.

A report by the Freight Transport Association (FTA) found that fuel costs currently account for £28,000 per year, vehicle insurance £3,500 and depreciation costs £10,500.

Soaring petrol prices and the impact of the Working Time Directive, which will limit drivers to a 48-hour week, are set to push the cost of keeping a lorry on the road through the £100,000 barrier by the end of the year.

The FTA said that the biggest cost to firms was drivers' wages. With the cost of taxes, overnight accommodation and meals taken into account, employers pay out an average of £28,500 per year for a single driver.

The report pointed out that the annual cost of running a 44 tonne truck is the same as the cost of a three-bedroom house in Lincoln.

The figures also revealed that truck operating costs average 99p per mile, compared to 40p per mile for running a Ford Mondeo.

Simon Chapman, chief economist at the FTA, said that the soaring price of fuel and the Working Time Directive are set to create a “heady cocktail” of price pressures.

“The challenge is all the tougher for hauliers where there is no fat to trim. Many hauliers still settle for informal agreements with their customers.

“Such arrangements are looking increasingly precarious, with their customers trying to cut costs wherever they can to offset the competitiveness pressure created by Sterling riding on a six-month high,” he said. 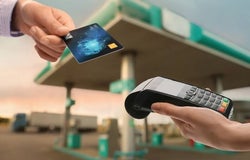 Banking
Strapped for cash: New rules introduced to give customers access to cash transactions
May 20, 2022
Back to Top