46% of people in Britain are making a second income using side hustles, according to a report by digital marketplace Airtasker. The surge appears to be due to the economic disruption caused by the global coronavirus pandemic, with the report estimating that the side hustle economy is now worth around £346 bn.

71% of Brits are said to be concerned about the impact of the furlough scheme ending this September 2021, suggesting that second incomes are helping people to diversify their portfolios and prepare for the economic disruption caused by COVID-19.

In the UK, there are currently 1.6 million people out of full-time employment and five million people still on furlough. Of those respondents who had a side hustle, over half (56%) said they had adopted one during the pandemic.

Survey respondents who faced reduced hours or lost their job due to the pandemic, also said that other ways they had sought to manage their income included budgeting (48%), government support (40%) and offering skills via a platform or marketplace (40%).

Other insights from the report include that over half of Brits (60%) are adopting a new way of working either by doing so remotely or having flexible work following the pandemic. 77% of Brits have also changed careers or are re-evaluating their career having been furloughed; not returned to work; or had their hours reduced significantly.

To help people understand how much money their side hustle could be worth, Airtasker has launched a new innovative tool alongside the research, the Airtasker Side Hustle Calculator.

Tim Fung, Co-founder & CEO at Airtasker, said: “The global pandemic has made many of us rethink our lifestyle and what’s important to us, so it’s great to see so many Brits learning new skills – whether it’s been to pursue a passion or hobby, diversify their skillset or to further their career development.

“The rise in portfolio and skills-based working will continue in a post-Covid world, which is why we’re excited to play a part in helping people become their own boss and pursue meaningful work that also helps them pay the bills and offers greater financial freedom.”

Premises
Business rates: What you need to know about the upcoming changes
February 28, 2017 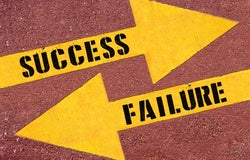 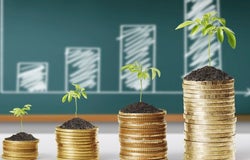