Your business plan sets out what business you are in, or going into, and how you will get there. Of course, your plan will need to be reviewed as events unwind and revised as necessary from time to time. However, nothing is so debilitating to customers, suppliers, employees or financial backers as a business that appears to keep changing course. A well-founded business may well change track from time to time, but the general direction of travel should be set for the longer term in these three statements.

A vision is about stretching the organisation's reach beyond its grasp. Few now can see how the vision can be achieved, but can see that it would be great if it could be. Microsoft's vision of a computer in every home, formed when few offices had one, is one example of a vision that has nearly been achieved. Started as a company goal back in 1990, it might have raised a wry smile; after all, it was only a few decades before then that IBM had estimated the entire world demand for its computers as seven! Their updated vision to ‘create experiences that combine the magic of software with the power of internet services across a world of devices', is rather less succinct! Apple, Microsoft's arch rival, has as its vision to ‘make things that make an impact'. It does this by using the latest technology, investing in packaging and design, making its products easier to use and more elegant than anything else around, and then selling them at a premium price. Personal computers, music players, smartphones and tablet computers, and now cloud-based services, have all been treated to the Apple visionary touch with considerable success. In 2011, Apple overtook Microsoft in terms of its stock market value. IBM's vision is to package technology for use by businesses. Starting out with punch-card tabulators, IBM adapted over its 100 plus-year history to supplying magnetic-tape systems, mainframes, PCs, and consulting, since it bought the consulting arm of PricewaterhouseCoopers, an accounting firm, in 2002. Building a business around a vision, rather than a specific product or technology, makes it easier to get employees, investors and customers to buy into a long-term commitment to a business, seeing they could have opportunities for progression in an organisation that knows where it is going.

A mission is a direction statement, intended to focus your attention on the essentials that encapsulate your specific competence(s) in relation to the market/customers you plan to serve.  It needs to: Be narrow – the mission should be narrow enough to give direction and guidance to everyone in the business. This concentration is the key to business success because it is only by focusing on specific needs that a small business can differentiate itself from its larger competitors. Nothing kills off a business faster than trying to do too many different things too soon. Open up a market share – the mission should open up a large enough market to allow the business to grow and realise its potential. You can always add a bit on later. In summary, the mission statement should explain the following.

Above all, mission statements must be realistic, achievable – and brief. Toys R Us' mission is ‘To be the world's greatest kids' brand'; Starbucks's mission is ‘To inspire and nurture the human spirit – one person, one cup and one neighbourhood at a time'. Neither of those missions say anything about products or services, rather they are focused on customer groups – kids for Toys R Us and on needs for Starbucks, both areas likely to be around for a while yet.

A business faces tough choices every day, and the bigger it gets the greater the number of people responsible for setting out what you ultimately stand for – profits alone, or principled profits. Defining your values will make it possible for everyone working for you to know how to behave in any situation. Southwest Airlines, the first (and arguably the best) low-cost airline has cultivated a reputation for being the ‘nice' airline. A past CEO, James Parker, tells a story that sums up their values – “We want people to consistently do the right thing because they want to.” One evening a flight landed in Detroit and all the passengers, bar one, a young girl, disembarked. She should have got off at Chicago, an earlier stop, but failed to do so. Despite this being the night before Thanksgiving, the pilot and crew knew that they had to get the passenger back to her anxious parents. Without asking for company permission, they just took off and returned the girl to her correct destination. They knew what should be done, regardless of the additional cost and inconvenience, and just got on with it. Whilst it's essential to nail the details of your business plan, it's equally important to have long-term goals that sum up your business' aims. With a clear vision, direct mission statement and well-defined values, your business will have a clear direction and purpose, uniting you and your team. 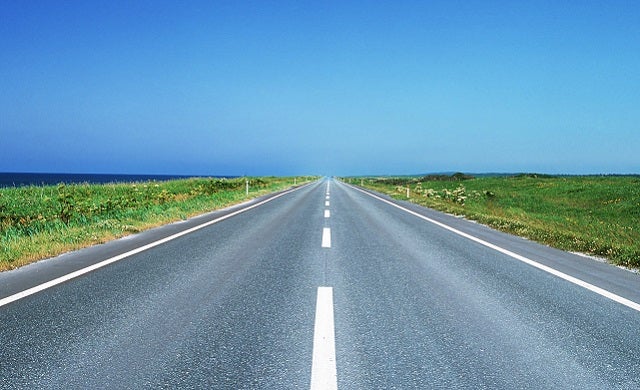 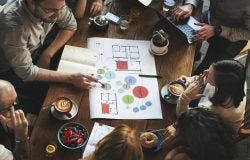 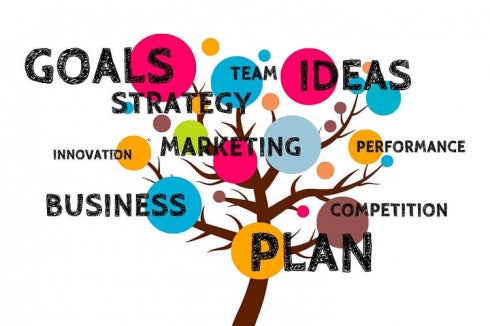 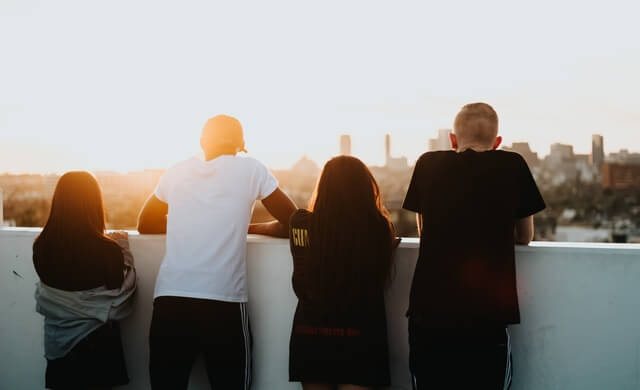 Strategy
From friends to founders: Should you start a business with your bestie?
July 31, 2019
Back to Top
We use cookies. By browsing our site you agree to our use of cookies.