If you're setting up an organisation that's socially geared, you've probably already decided what form your company is going to take. Perhaps you don't fancy running a charity because it goes against your principles of empowerment through enterprise. Or maybe social enterprise sounds too close to commercial business for your tastes. But reserve judgement for a moment: your decision may well have been biased.

For instance, charities are often wrongly perceived as old-fashioned organisations built on donations, grants and hand-outs. Most consider them a breed apart from social enterprise. But a more modern understanding places charity a lot more firmly in the social enterprise camp.

Why consider launching a charity

Abbie Rumbold of Bates Wells & Braithwaite, a firm specialising in charity and social enterprise, explains: “Some people use the word ‘charity' as shorthand for an organisation which receives money from grants and donations, but that's not a very accurate way to describe charities. A huge proportion of the charities we have as clients – 70 or 80% or more – earn the majority of their income from contracts rather than from grants or donations.”

A registered charity can still be a business. Many are social enterprises through and through: they don't take handouts, but instead earn their income through providing services.

A prime example of a charity that works extremely effectively as a social enterprise is Action for Children. The charity has been around for 150 years and according to Abbie, 80 to 90% of its income comes from contracts to the government, providing services for children and families around a whole range of social care. With an annual turnover approaching £200m, and all of that as a result of contracting out services – it's hard to label the charity as one dependent on donations.

However, it's important to know that if you register your social enterprise as a charity, there are restrictions. It isn't suitable for everyone. Charities can only trade in pursuance of their object (termed ‘primary purpose trading'); so if your business is set up to advance education you can only sell services connected to education. You couldn't sell Christmas cards or boxes of biscuits, for example, because that wouldn't forward the cause of education.

There are particular exemptions under the tax regime, such as ‘de minimis', where you're allowed to do a small amount of other sorts of trading. Other than that though, you have to stick to you primary purpose.

To get around trading restrictions, many charities have a trading arm. Similarly, to ensure pursuance of their social purpose and to take advantage of charity tax breaks, many social enterprises and larger corporates have a charity arm.

Despite these structures though, the word charity has so much history and culture attached to it that some still don't feel comfortable setting up as a charity. Abbie explains: “Some people feel strongly that they want to be a social enterprise in a way that excludes charity. They want to be a business and they want to be commercially run. It's difficult to describe it because a lot of it is more emotional than there being any technical reason for them not to be a charity.”

But if you do decide to register your social enterprise as a charity, just remember to give your business a broad definition, because this will give you scope to expand your organisation and perhaps diversify your offering in the future.

Either way, it's worth considering all legal forms before settling with one: your choice could well influence the future running of your organisation.

Ready to start? Take a look at our guide on how to start a charity 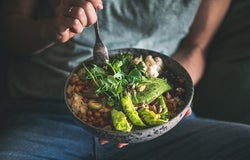 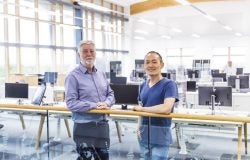 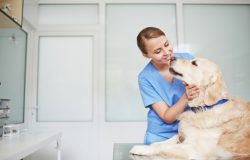 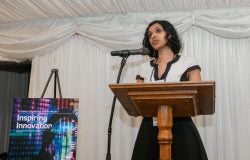 News
New report reveals only 15% of all equity funding is received by female founders
October 27, 2021
Back to Top