If so, you’re no doubt aware that HMRC is introducing major reforms to its IR35 anti-tax avoidance legislation on 6 April 2020.

If not, listen up.

Currently, contractors are responsible for determining whether the nature of their working relationship with a client constitutes a contract of employment. The incoming IR35 off-payroll rules will make large companies responsible for that decision, and for deducting tax accordingly.

Why does that matter?

Well, the concern is that, rather than burden themselves with additional responsibilities and potential tax liabilities, large companies could terminate their engagements with contractors, or force them to go on payroll.

Will you be affected by IR35 of-payroll? Read on to find out.

Introduced as part of the Finance Act 2000, IR35 was created to determine whether contractors who offer their services through an intermediary, rather than directly to the client, should be taxed as full-time employees.

By operating through an intermediary – usually their own personal service company – the contractor is effectively off-payroll. This means that they avoid paying income tax and National Insurance Contributions, and the client doesn’t have to pay employment taxes.

Under the existing regime, any working relationship of this kind could be scrutinised by HMRC. If the contractor is deemed to fall within IR35, both parties will have to pay the necessary taxes.

Of course, it’s not always in a contractor’s best interests to enter into an engagement of this kind. Unscrupulous companies could simply be trying to avoid offering employee rights and benefits.

The difficulty is that, in many cases, fairly assessing whether a contractor’s relationship with an employer could be considered a contract of employment or not is open to interpretation.

It’s a complicated business involving decades of IR35 case law and the application of three principle ‘tests of employment’.

The tests of employment

Those three tests (often referred to as the holy trinity) are:

Essentially, if the contractor is free to accept or reject the offer of work without penalty, they are likely to be self-employed or an independent contractor.

Likewise, if the contractor has the right to send a substitute in their place, they can’t possibly be employed by the company.

If the contractor does not have any of these freedoms, HMRC would be consider them a ‘deemed employee’, and they would fall under IR35.

What are the off-payroll working rules and why have they been introduced?

Since its introduction 20 years ago, IR35 has been widely criticised as a poor solution to the problem of tax avoidance, and has often unfairly penalised businesses and contractors who have a legitimate working relationship.

However, the astonishing growth of the gig economy has made apparent the potential for workers in such arrangements to be taken advantage of.

Because of this, HMRC has finally seen fit to replace the existing IR35 legislation with the off-payroll working rules.

“From April 6, the client is ultimately responsible for determining the nature of your engagement with them.

“If you are working for a large company without being their employee, even if you work through your own limited company, it is now for the large company to tell you what they consider your employment status to be.”

If a company considers the contractor to be an employee they must:

Thorpe says this could have two impacts. contractors will either “become employees instead, sacrificing flexibility and higher pay rates for security and simplicity, or negotiate higher rates for the work they do to offset the tax increase.”

What impact have the changes had so far?

Though they have yet to be formally implemented, the off-payroll changes have already caused much controversy.

Ever since the changes were announced by then chancellor Philip Hammond in October 2018 budget, large companies have been involved in a mad scramble to review their engagements with contractors.

According to research from offpayroll.org.uk, just 14% of contractors were found to fall outside IR35 – a far cry from the 66% predicted by HMRC.

And, astonishingly, just six weeks from IR35 going live, 37% had yet to be assessed, leaving them uncertain about the status of their contracts with clients.

Many contractors have expressed concerns that there are major flaws in the way their clients have carried out IR35 assessments and complained about a general lack of preparedness.

James Poyser, CEO of inniAccounts and founder of offpayroll.org.uk, explains that these issues are already having a major impact on the economy at large:

“The review will do absolutely nothing to turn the tide of actions being taken by contractors. The review plays down flight risk. It's nonsense, we are very clearly seeing it happen.

“Contractors anticipated a soft review and have put the wheels in motion to disrupt the economy. Two weeks ago we found that one in two contractors threatened to leave clients before the end of March.

“We are now seeing that threat come true as they shun pressure to take inside roles that IR35 . One in three have already downed tools and have walked away in a form of unofficial strike.

“It seems, businesses see inside IR35 or umbrella / PAYE as the lowest-risk option, but this is far from the case, as class action starts to bubble up. What’s more, many contractors would rather leave than accept these terms, presenting a risk to client projects, national productivity to the tune of £2.2bn, and HMRC’s coffers.”

IR35 rules: who needs to comply?

You may fall under IR35 if you are:

Certain smaller companies will continue to operate under the existing IR35 legislation.

To do so they must satisfy two of the following criteria:

Have gross assets of less than £5.1m

How to calculate IR35

If the contractor provides services to a smaller company that will continue to operate under existing IR35 legislation, the contractor’s personal service company would have to pay what is known as a ‘deemed payment’.

This means the contractor deducts the following from their fees:

They would then pay income tax and National Insurance Contributions on the remainder.

You can find out everything you need to know about income tax here.

For contractors that fall under the new IR35 off-payroll rules, the reforms have simplified the deemed payment.

So, instead of deducting tax from the contractors fees, employers are now paying the majority of the extra tax on top of the fees paid to the contractor.

Anne O’Donnell, CEO of Procorre, has a clear message for contractors: be proactive.

“The contracting industry and its flexible workforce are a major contributor to the economy, so we’re hopeful that the HMRC’s changes will be applied fairly and opportunities for contractors will still exist across the board post April. However, the worst thing a contractor contractor can do right now is nothing.

“Contractors need to take a proactive, positive approach to get a clear understanding of how they could be affected by IR35 and seek out what they need to do next. If a contractor knows or is concerned that they’ll fall into the new legislation, they can look to take the necessary steps to correct uncompliant behaviours, and then demonstrate this to existing and potential clients.

“We recently surveyed over 500 contractors and found many could unknowingly be working with clients in ways that aren’t technically compliant with their independent status. Although the results are quite alarming in that they show widespread potential IR35 issues with sole traders’ day-to-day work and behaviours, much of it could be relatively simple to remedy.

Over half (52%) of those surveyed said they use IT equipment provided by their client, despite their status as a freelance/consultant. Nearly a quarter (24%) also work solely on site for their client and 57% work on one client contract at any one time.

“Even really small things like using a client’s email address domain, which nearly three quarters of those we surveyed do (72%), can undermine status in the eyes of IR35, but can be easily rectified.” 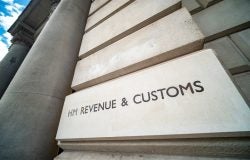 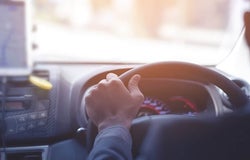 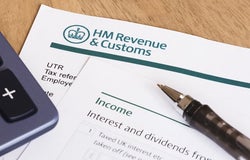